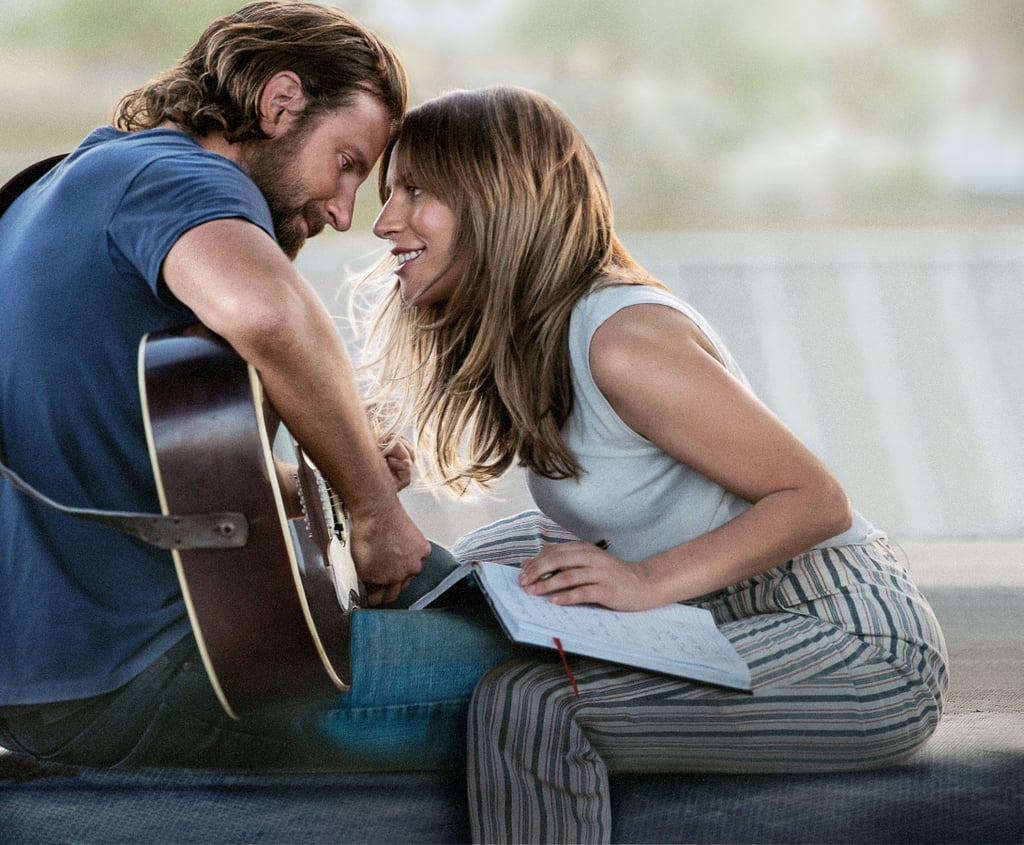 It's been a year since Lady Gaga and Bradley Cooper tugged at our heartstrings in the remake of A Star Is Born. The highly acclaimed film, which hit theatres on Oct. 5, 2018, threw us off the deep end, thanks to the undeniable chemistry between its leading stars. In celebration of the movie's first anniversary, Lady Gaga gave it a special shout-out on social media. The singer, who's now rocking rose-coloured hair, shared a sweet photo of her holding a multiplatinum plaque awarded for the film's amazing soundtrack. "A year ago, A Star was Born, and here we are 6 times pink platinum," she captioned the snap.

In June, the A Star Is Born album surpassed six million global sales and became certified double platinum in the US. The film also had an impressive award season, earning honours at this year's Grammys, Critics' Choice Awards, and BAFTA Awards. Lady Gaga and Cooper's powerful song "Shallow" even inspired countless amazing covers and became our go-to karaoke jam. In honour of the film's first anniversary, look ahead to view more stills from the heart-wrenching masterpiece!