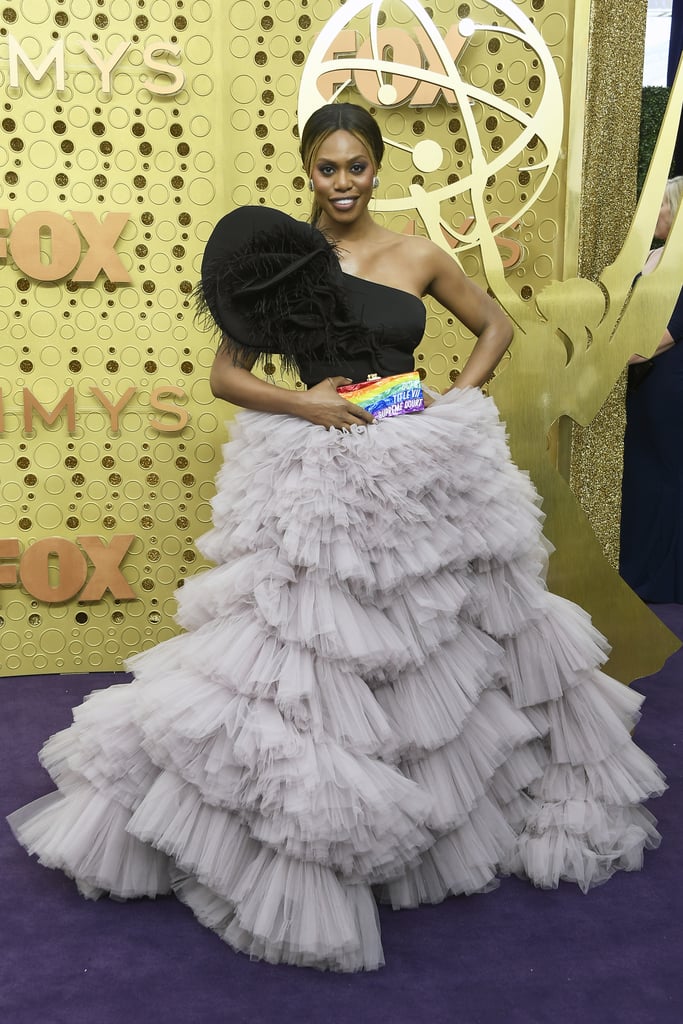 Laverne Cox used her platform on the Emmys red carpet to inform viewers about an upcoming Supreme Court case that could potentially affect the entire LGBTQ+ community. The Orange Is the New Black star brought ACLU lawyer Chase Strangio as her date, and together the two shed light on the importance of Oct. 8, which is when the SCOTUS will hear whether Title VII of the Civil Rights Act of 1964 applies to cases of LGBTQ+ discrimination. In layman's terms, the case could make it legal to fire someone from their job simply for identifying as LGBTQ+.

Wearing a gorgeous purple and black gown and carrying a rainbow clutch with a reference to Oct. 8 boldly printed on it, Laverne explained how she saw her nomination as an opportunity to stand up for LGBTQ+ rights. "When I got my Emmy nomination this year, my third one . . . I thought there has to be a bigger reason and I thought, OK, maybe it's about this case. Maybe it's about raising awareness so everyone knows that our lives are in danger," she said. "A lot of people aren't talking about this case and it has implications for the LGBTQ community, but it has implications for women and anyone who doesn't conform to someone else's idea of how you should be a man or woman or both or neither."

Ahead, hear what else Laverne and Chase had to say about the impactful case, and then keep reading to see more photos of them owning the red carpet. Our fingers are crossed she earns the distinction of being the first transgender woman to take home an Emmy tonight!