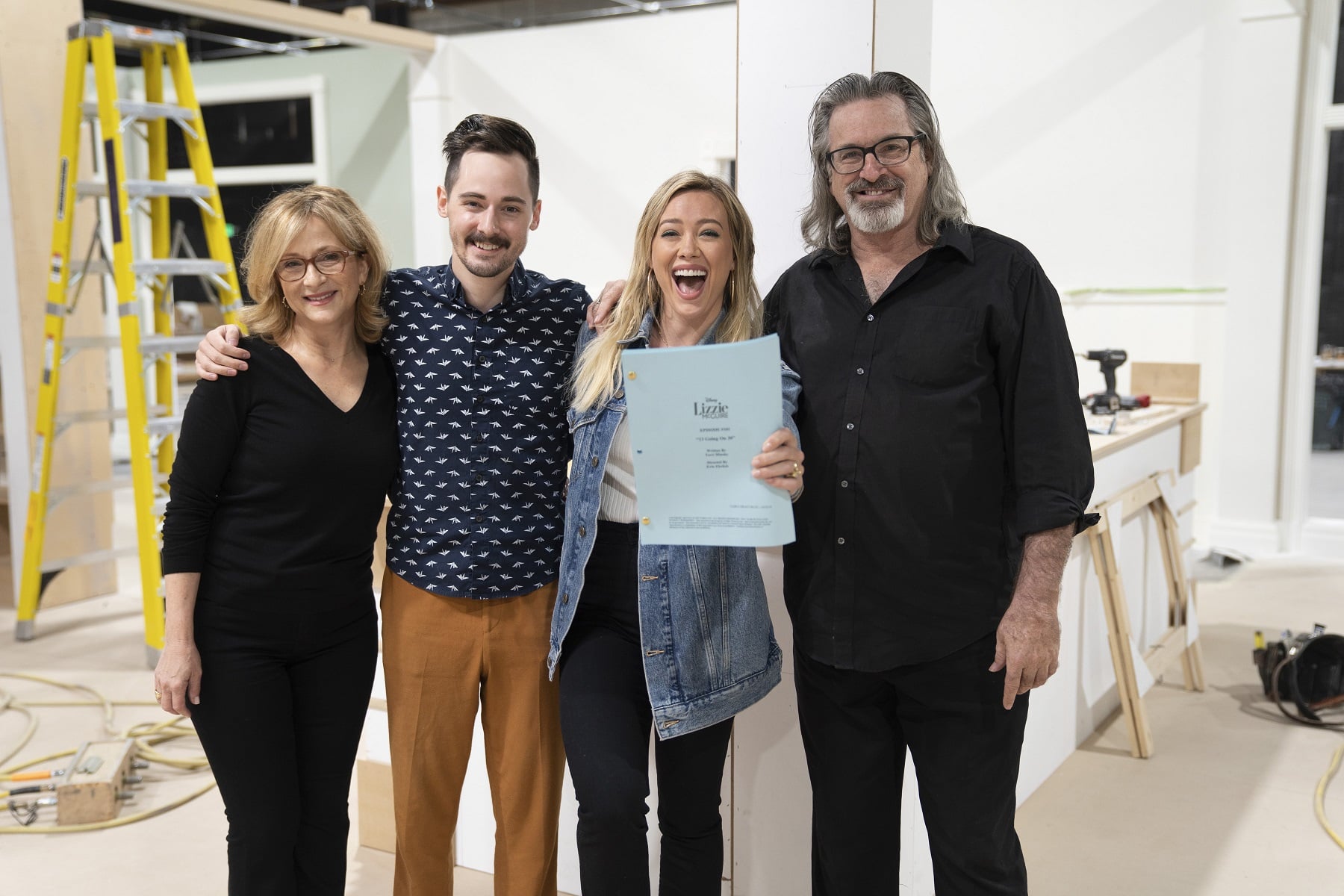 If you thought the news of a Lizzie McGuire revival was amazing enough, wait until you hear this: Disney+ is stageing an all-out McGuire family reunion! The streaming service announced that three original cast members will be joining Hilary Duff in reprising their iconic roles — Hallie Todd, Robert Carradine, and Jake Thomas.

In case you need a little refresher, Todd played Jo, the McGuire matriarch, alongside Carradine, who brought us the earnestly loving family patriarch, Sam. Thomas was the infamously devious Matthew (Matt) McGuire, who did everything he could to ruin his big sister's life. Hopefully, he'll have grown out of that phase, since the revival takes place a few decades after the original series ended.

According to the revival's official synopsis, the show picks back up with Lizzie just as she's about to turn 30. She seemingly has it all — the dream job as an assistant to a New York City decorator, her dream guy, and a picturesque Brooklyn apartment — but things aren't as they seem. "With a little help from her friends, her loving family and her 13-year-old alter-ego in animated form, Lizzie navigates the ups and downs of adulthood."

Related:
Here Are All of the Exciting Details We Have About the Lizzie McGuire Reboot So Far

"We are incredibly excited to bring back one of the most popular Disney Channel series of all time along with some beloved and familiar faces," Disney+'s President of Content and Marketing Ricky Strauss said in a statement. "With [original series creator Terri Minsky] at the helm and Hilary, Hallie, Robert, and Jake back after all these years, it's our honour to welcome the McGuire family into the Disney+ family."

President and CCO of Disney Channels Worldwide Gary Marsh also chimed in, adding, "Just like there is no Lizzie McGuire without Hilary Duff, there is no McGuire family without Hallie, Robert, and Jake. The original series holds a special place in the hearts of so many, and we can't wait to introduce fans, both old and new, to an older, wiser, yet still perfectly imperfect Lizzie."

There's still no word on whether Lizzie's schoolmates will appear in the revival, including her besties Gordo (Adam Lamberg) and/or Miranda (LaLaine), but if this announcement is any indication of what's coming, we're so excited for what's next!