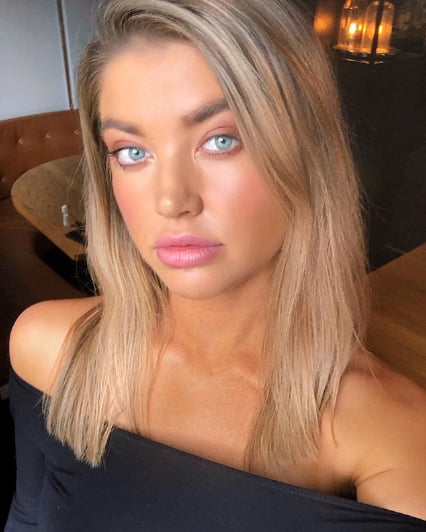 Considering contestants on Love Island have to be cool with being on TV five days a week, it's no surprise that some of them are very comfortable in front of the camera. However, we can't say we expected to stumble across Anna McEvoy in a Hilltop Hoods music video.

As it turns out, Anna featured heavily in the video for the group's 2014 hit (and certified banger) 'Cosby Sweater'. The then 23-year-old Anna is almost unrecognisable thanks to her far darker hair.

Although it's not too clear how Anna scored the coveted gig, she does have an extensive modelling history that has led to her featuring in a number of clothing and beauty campaigns. On top of that, she also competed in both the Miss Universe Australia and Miss World Australia pageants.

Having had such a varied time in the spotlight thus far, it's safe to say we will be curious to see where Anna goes next once Love Island reaches its conclusion.

Check out Anna's cameo in 'Cosby Sweater' in full below.