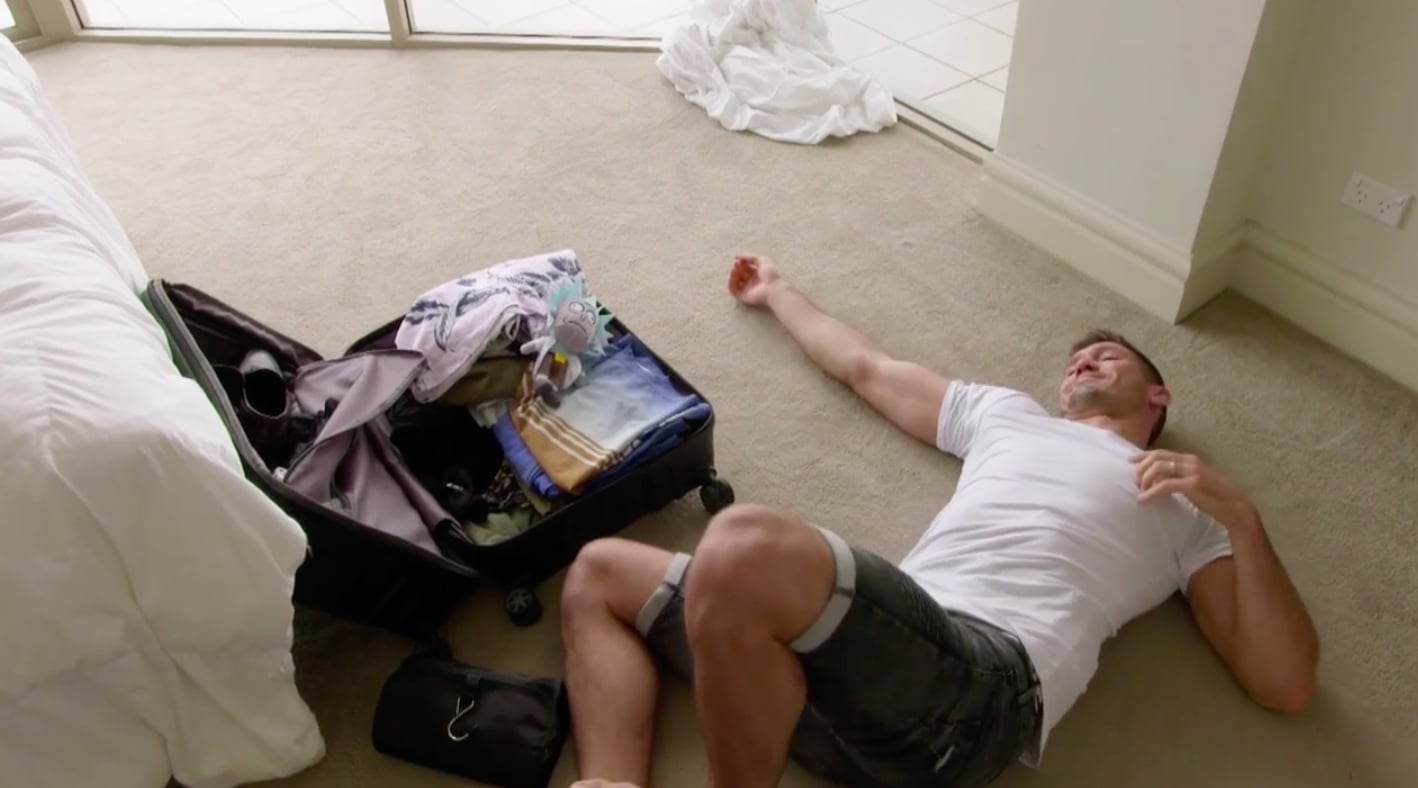 KC and Drew fought about Drew's relationship with his woman flatmate on episode 19 of Married at First Sight. And what kicked the whole thing off today was the presence of a Rick and Morty plush toy in Drew's luggage.

There are many reasons why a man might pack a character with the catchphrase "Wubba-lubba-dub-dub" for his honeymoon, but the one KC found unacceptable was that it was a gift for the trip given to him by his flatmate, Jessie, a known single woman. She almost accepted that it might be a bit of "banter" or "cute", and Drew could sense her jealousy, making a joke about how Jessie had sprayed her perfume all over it so he doesn't forget her smell. KC didn't like it.

Twitter meanwhile was preoccupied by the presence of this particular doll.

KC is jealous of Rick #MAFS

I’m dying at him bringing the Rick toy HAHAHA #MAFS

Drew to KC: 'You got to have a 110+ IQ to truly understand Rick and Morty... just like Jessie does' 😛 #MAFS pic.twitter.com/AgsHtjDZhc

The "thumbs up" fiasco between Connie and Johnathan is the dumbest thing a couple has argued about on this show...

It doesn't matter that he owns a doll or who gave him the doll, Drew being an adult 'Rick and Morty' fan is a huge red flag as a human being.#mafs #mafsau pic.twitter.com/tUJnSGdp5R

Rick & Morty getting between KC and Drew 😂😂😂 #MAFS #MAFSAU

Look, I'd be very surprised if this was the first time Rick and Morty had ruined a relationship #mafs pic.twitter.com/hUNvlHsxmr

Related:
Opinion: Of Course It's Possible for Men and Women to Be Just Friends

TV
Why Eboni K. Williams Joining The Real Housewives of New York Is a Huge Deal For Bravo
by Maya Richard-Craven 22 hours ago