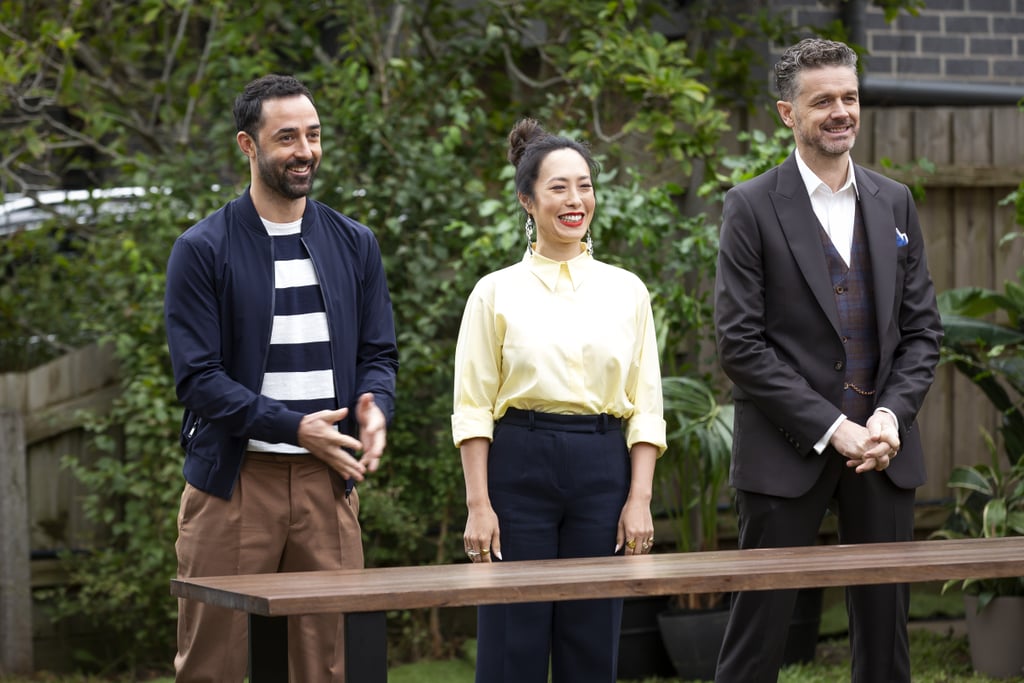 Judge Melissa Leong Talks Diversity on MasterChef: "I Always Wanted to Be Understood"

MasterChef judge Melissa Leong has talked about the importance of representation, on the new podcast from lawyer and Neighbours actor, Sharon Johal, We Are the Real Ones.

In the two-part podcast, which launched today, Melissa talked about her style, her experience of mental illness, and why diversity on TV matters.

Melissa said that the thing that overarched all her career experiences — from working as a digital marketer to freelancing as a food critic on TV, radio and in writing — has been a desire to be understood.

"Being of a Chinese-Singaporean descent growing up in Australia, in a neighbourhood that wasn't particularly dominated by people who looked like me, I always wanted to be understood," she explained.

Melissa acknowledged that she didn't necessarily go into the new role on MasterChef thinking explicitly about how she was representing Australia's diverse communities. "I'm just me trying to survive and do jobs that make me really happy and challenge me," she said.

But receiving feedback from fans since appearing on TV was a "turning point" for her, and forced her to be less "flippant" about the significance of her new role. She notes that people told her, "Thank you for being you in this space, because I see a little bit of myself," and "I'm really happy that my children get to see someone who looks like you on our screens."

She continued: "Look, it's not curing cancer by any means, but each and every one of us and our stories and our backgrounds matter. I think a lot of people hear the word 'diversity' and think, Oh, I don't want to know about that."

But she stressed that diversity is not about excluding people from the conversation. "Diversity to me means inclusivity. It means even representation for all walks of life — for the able and the differently abled; for everyone from different parts of the world who speak different languages to be understood, to be seen, to be valued and not to be overlooked."

Melissa added that TV moving forward needs to be able to "represent the faces and stories" of Australia and the world, and described casting her on MasterChef as a "brave" but "timely" move from Network Ten. "I think it's the right time and I think as we continue on in every facet — news reporting, television drama, reality, all of that — it needs to include all of us. It cannot continue to be as homogenous as it has been in certain markets across the world.

She concluded: "To be part of that [shift is] pretty cool."

Related:
MasterChef's Rose Has a Feeling That She and Gordon Ramsay Are Going to Be Best Friends

This year, Melissa became the first woman, and the first person of colour, to be a main MasterChef judge. Still, MasterChef has long been held up as an example of how TV can better represent the Australian community, with people of colour becoming fan favourites in the competition since Poh Ling Yeow was runner-up in season one.

In this season alone, the show has pointedly challenged Aussie foodie stereotypes. Melissa served up a Mystery Box containing chicken feet in week one, which saw contestants talk about their diverse backgrounds and how their heritage has shaped their relationship with food.

It's something we love seeing on our screens — and we're not alone.

Locky Gilbert
Izzy's Mum Just Asked Locky for His Sperm on The Bachelor & No, You Have Not Misread
by Hannah Story 8 hours ago