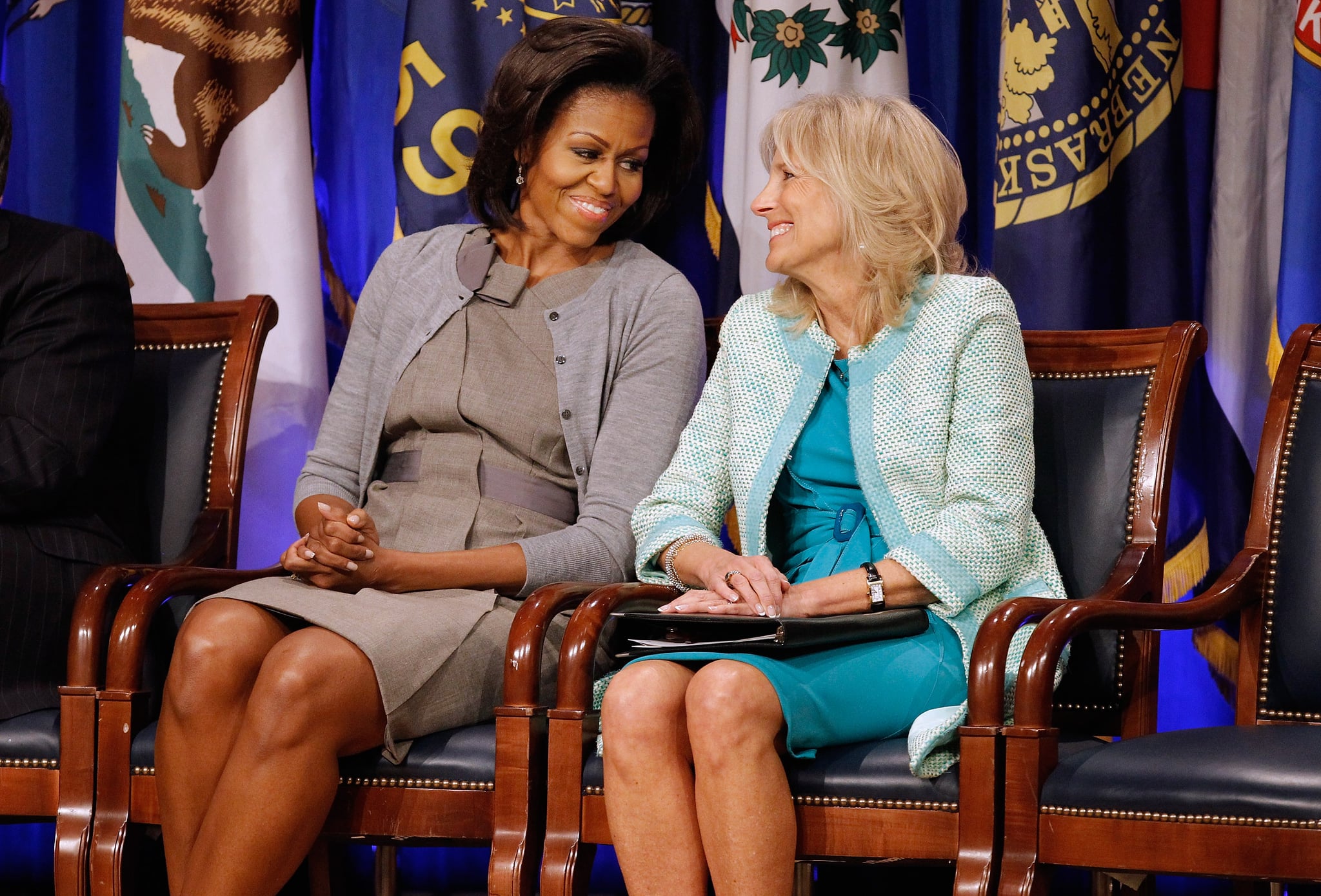 Michelle Obama is showing support for Dr. Jill Biden after a Wall Street Journal op-ed piece debated the validity of her "Dr." title. In the piece published on Friday, the writer argued that Jill should drop her title before officially becoming the first lady, insisting that using the title is "fraudulent" and "a touch comic" simply because she isn't a medical doctor. Excuse me, what?

Jill earned a bachelor's degree and two master's degrees at Brandywine Junior College in Pennsylvania before getting her doctorate in education from the University of Delaware in 2007. If she put in the hard work, what should stop her from using the title that she earned? According to the Wall Street Journal writer, a "Dr." title doesn't mean anything unless you're actually delivering babies. "A wise man once said that no one should call himself 'Dr.' unless he has delivered a child," the writer said. "Think about it, Dr. Jill, and forthwith drop the doc."

It goes without saying that the piece quickly faced major backlash, with many people noting it as sexist and disrespectful. Shortly after the article was published, Jill seemingly reacted by tweeting, "Together, we will build a world where the accomplishments of our daughters will be celebrated, rather than diminished." Although, it was Michelle's response that was a true mic drop.

"After decades of work, we're forced to prove ourselves all over again."

On Monday, the former first lady shared an impassioned post on Instagram, noting how she believes Jill is a role model not only for "professional women" but also for the next generation. "For eight years, I saw Dr. Jill Biden do what a lot of professional women do — successfully manage more than one responsibility at a time, from her teaching duties to her official obligations in the White House to her roles as a mother, wife, and friend," she said. "And right now, we're all seeing what also happens to so many professional women, whether their titles are Dr., Ms., Mrs., or even First Lady: All too often, our accomplishments are met with scepticism, even derision. We're doubted by those who choose the weakness of ridicule over the strength of respect. And yet somehow, their words can stick — after decades of work, we're forced to prove ourselves all over again."

"Is this really the example we want to set for the next generation?" she asked, adding that she's excited for the world to see the Jill she knows. "[She is] a brilliant woman who has distinguished herself in her profession and with the life she lives every day, always seeking to lift others up, rather than tearing them down."