Miley Cyrus has been serving up heaps of 2000s nostalgia with her new Instagram Live series, Bright Minded, and we're beyond grateful for the trips down memory lane. Just a few days after bringing fellow Disney Channel alum Demi Lovato on for a guest appearance, the 27-year-old planned "the reunion of the decade" with Hannah Montana costar Emily Osment, who played Lilly Truscott on the series.

"This was the year Hannah was trying to make tutus and peplums happen, which should never happen."

In the sixth episode of Cyrus's ongoing livestream series, the longtime pals virtually hung out and relived "some pretty embarrassing pictures" from their Disney Channel days. After mutually cringing at the first photo — which showed Lilly's alter ego, Lola, sanitising Hannah's hands — Osment admitted, "I'm having a hard time remembering what year that was or what was happening." Cyrus remembered clearly though, replying, "This was the year Hannah was trying to make tutus and peplums happen, which should never happen." Hah! Then Osment added, "I was wearing a lot of vests." Those were the days. 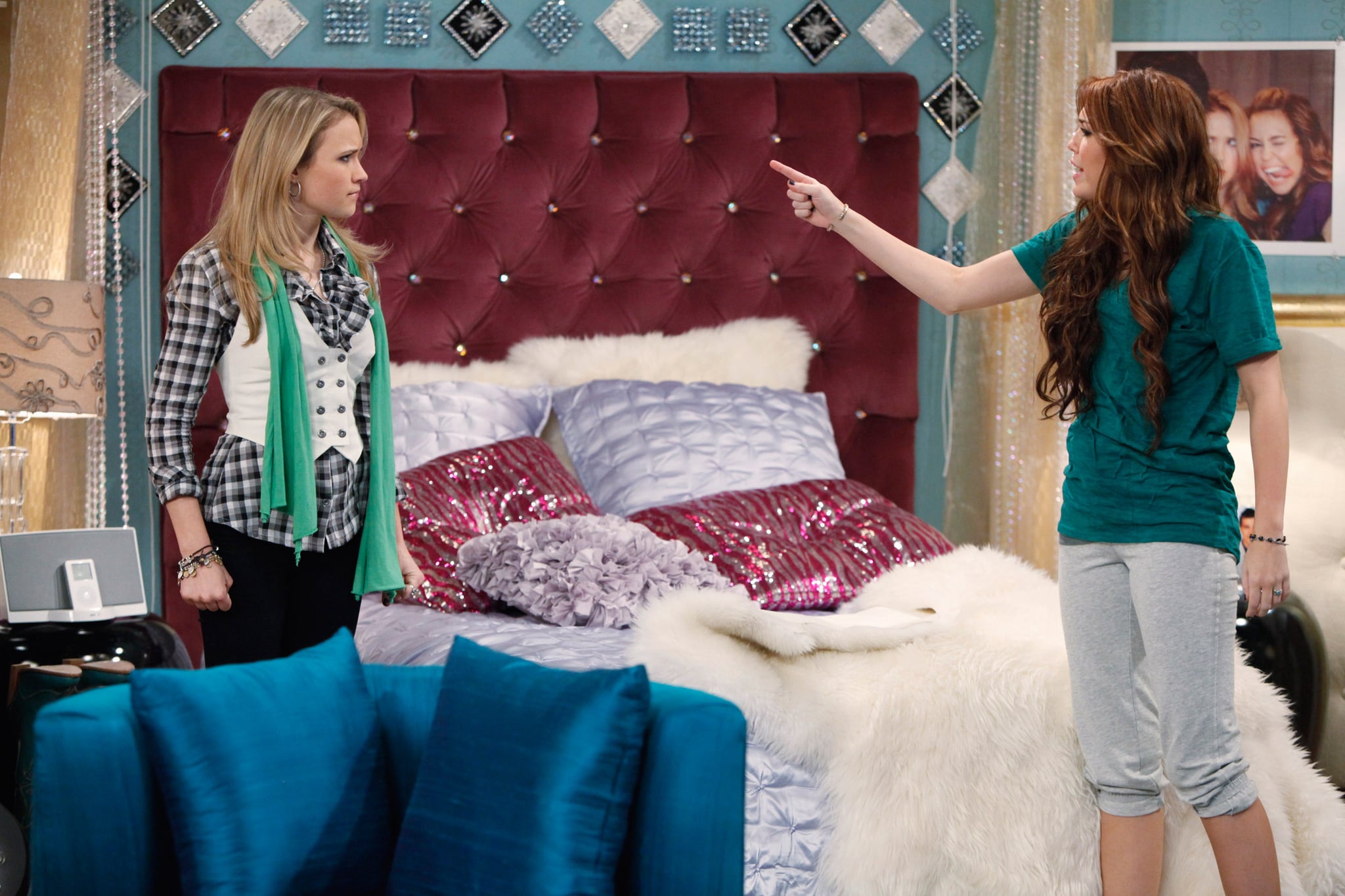 The on- and offscreen friends also threw things back to their first day of doing press for the show. Cyrus hilariously reminisced, "My teeth had pretty much all decided to fall out . . . my mom had to get me some fake teeth." The big day also involved some pretty interesting outfits for the both of them — Cyrus wore a powder-blue cropped sweater vest of sorts, while Osment rocked what she described as "an Ann Taylor top." Cyrus confessed, "We look like we're going to church. I don't know who told us that this was gonna be the look for press."

Cyrus and Osment also went on to discuss the importance of stepping up to foster and adopt pets in the midst of the coronavirus pandemic. Watch Cyrus's entire Bright Minded episode above, and fast forward to about 38:50 to hear her and Osment look back on their Hannah Montana days.

Movies
Still No Letter From Hogwarts? At Least You Can Now Watch All 8 Harry Potter Movies on HBO Max
by Mekishana Pierre 2 days ago

Celebrity Fashion
Windbreakers, Berets, and, Of Course, Sneakers: Looking Back at Michael Jordan's '90s Style
by Kelsey Garcia 6 days ago 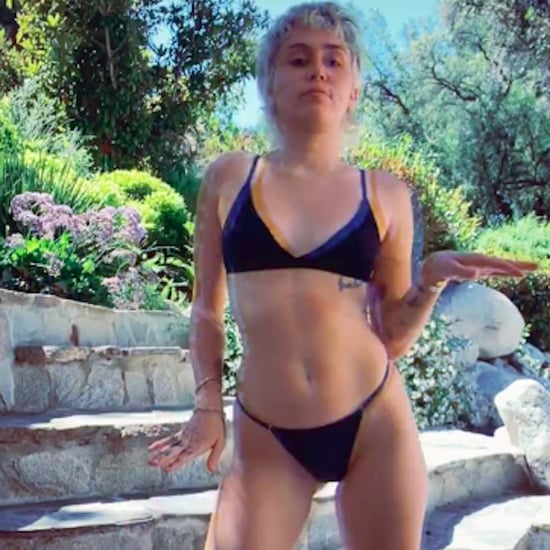 Celebrity Bikini
Miley Cyrus Has a Quarantini Bikini Moment on TikTok — Haven't We All?
by Sarah Wasilak 1 week ago
Latest Celebrity