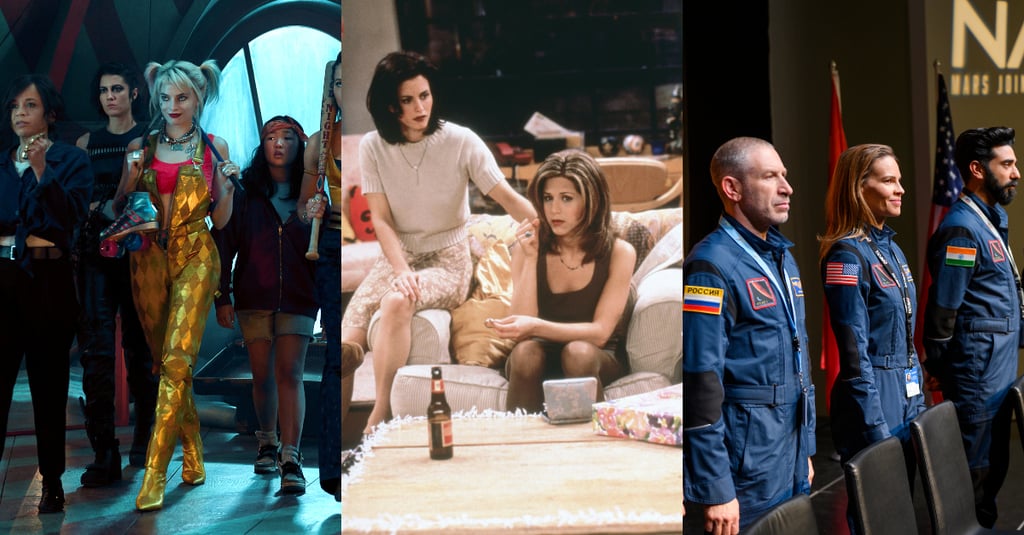 All the New TV Shows, Movies and Specials Coming to Netflix in September

September is fast approaching — which means a whole new batch of shows to binge and movies and get sucked into on Netflix!

Next month, all 10 seasons of Friends will hit the platform, along with a bevy of Netflix original series, like the Hilary Swank-starring Away, comedian Katherine Ryan's sitcom The Duchess, also starring Australian comedian Steen Raskopoulos, the hyped One Flew Over the Cuckoo's Nest prequel, Ratched, and the latest season of Jack Whitehall's Travels With My Father.

Enola Holmes, starring Millie Bobby Brown, leads the platform's original offering, but there's plenty of classic movies coming to Netflix too, like Mean Girls, Kick-Ass and The Dark Knight Rises. There's original docos, anime and family programming, plus new comedy specials from the likes of Michelle Buteau, the iconic host of The Circle.

Related:
Here's All the New TV and Movies Coming to Netflix in August

Time to schedule a binge! Scroll on to see everything coming to Netflix Australia in September:

Should My Kid Watch
Kids (and Their Parents!) Will Love Secret Society of Second-Born Royals on Disney+
by Sydni Ellis 1 hour ago

TV
Despite Also Being Terrifying, The Haunting of Bly Manor Isn't a Sequel to Hill House
by Mekishana Pierre 17 hours ago

Movies
Enola Holmes: The Young Detective's Mother, Eudoria, Is Part of a Bigger, Historical Story
by Brea Cubit 17 hours ago

TV
Who Is the Sun on The Masked Singer? We Have Some Bright Ideas
by Kelsie Gibson 17 hours ago

Movies
Welcome to 2020, Mr. Banks! The Father of the Bride Cast Reunited For a Surprise Zoom Wedding
by Perri Konecky 17 hours ago

Movies
Misbehaviour: Keira Knightley and Gugu Mbatha-Raw Fight For Equality in This Exclusive Clip
by Kristin Harris 17 hours ago

TV
Everything We Know So Far About Cobb Vanth, Timothy Olyphant's Mandalorian Character
by Amanda Prahl 2 days ago
Latest Celebrity
×