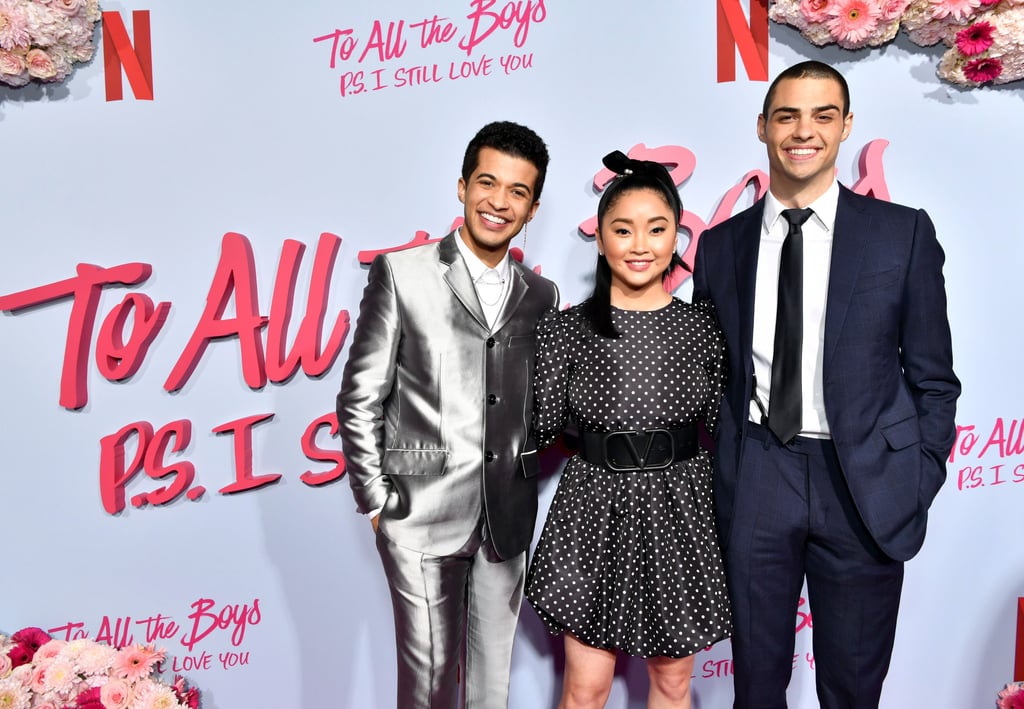 Lana Condor, Noah Centineo, and Jordan Fisher Reunite For Premiere of P.S. I Still Love You

We've been impatiently waiting for To All the Boys: P.S. I Still Love You — the sequel to what is arguably Netflix's most popular rom-com, To All the Boys I've Loved Before — since the first film's credits rolled back in 2018. And now we're one step closer after the film's premiere in Hollywood on Monday night. The cast assembled at the Egyptian Theatre ahead of the Feb. 12 release to celebrate the movie and just seeing Lana Condor, Noah Centineo, and Jordan Fisher walking the pink carpet together gave our hearts a little flutter.

From what we've seen so far in the trailers, Lara Jean has her heart pulled in two different directions in P.S. I Still Love You. The arrival of John Ambrose — aka, one of the guys on the receiving end of one of her pesky love letters from the first movie — sends her into a total spin and makes her doubt her love for Peter Kavinsky. If you've read the book, then you already know how it ends (don't worry, we don't intend on spoiling it for you here).

But if you're just waiting for the film to drop for your next "Convinsky" fix, then we suggest you scroll through all the sweet photos from the premiere below to tide you over.

Movies
The Reason Behind Viscount Tewksbury's Chase in Enola Holmes Is Elementary, My Dear Reader
by Brea Cubit 3 days ago
Latest Celebrity
×