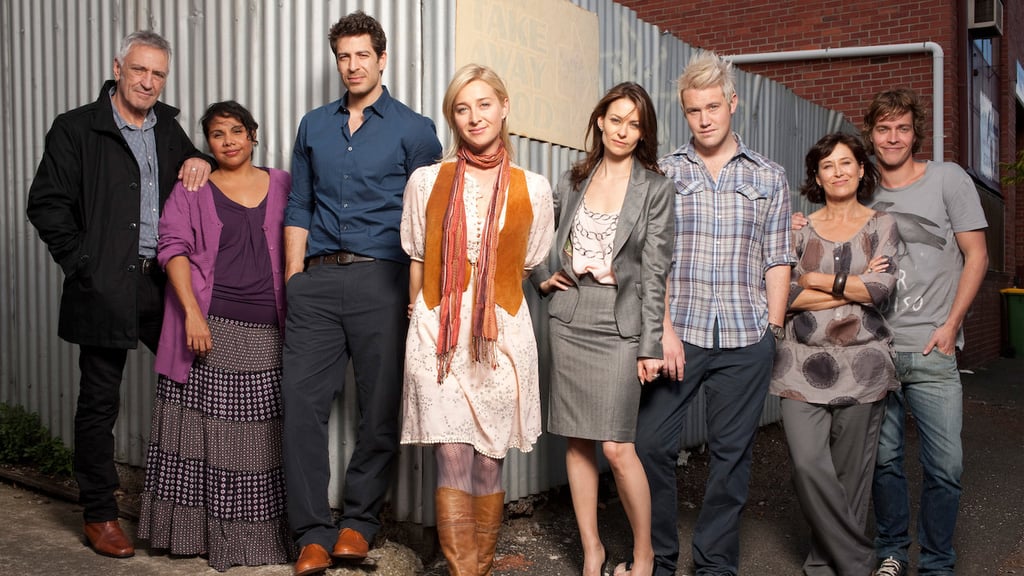 Iconic Aussie drama Offspring debuted ten years ago this week, and the cast and crew have celebrated its anniversary by sharing behind-the-scenes photos from their time on the show.

The series starred Asher Keddie as hard-working mid-30s obstetrician Nina, following her and her unconventional family, the Proudmans, through life, love and loss. It also gave fans unforgettable love interests for Nina — from the original Don Hany as Chris, to Matthew Le Nevez as the one we all still cry over Patrick, to the soon-to-be romantic lead everywhere Patrick Brammall as Leo, and her final partner, Alexander England, aka the kind Harry.

Asher shared a picture of herself having a kip on set to celebrate the show's anniversary, writing: "I remember this moment well. A quiet interlude amongst the fray on the Offspring set listening to the sound of the wheels turning . . . My contentment (and exhaustion!!) was momentarily overwhelming. So grateful for those momentous years #happy #10years 🙌."

Kat Stewart, who played Nina's sister, Billie, posted her own set of candid photos she found on her phone from the series: "What an incredible ride we had!" Jane Harber, who played Nina and Billie's sister-in-law, Zara, also reflected on the series for its anniversary: "God I miss this 🧚🏽🌲."

Cinematographer on the series for all but the final season, John Brawley, shared a mass of photos from the behind-the-scenes, which offer a beautiful insight into the camaraderie on set — and into why Offspring remains so loved by so many Australians!

Related:
McLeod's Daughters Favourite Bridie Carter Is About to Join the Cast of Home and Away

You can watch all seven seasons of Offspring on Netflix now.

Locky Gilbert
Locky and Irena Gush About Their Blooming Real-World Relationship: "You're Perfect for Me"
by Hannah Story 4 days ago
Latest Celebrity
×