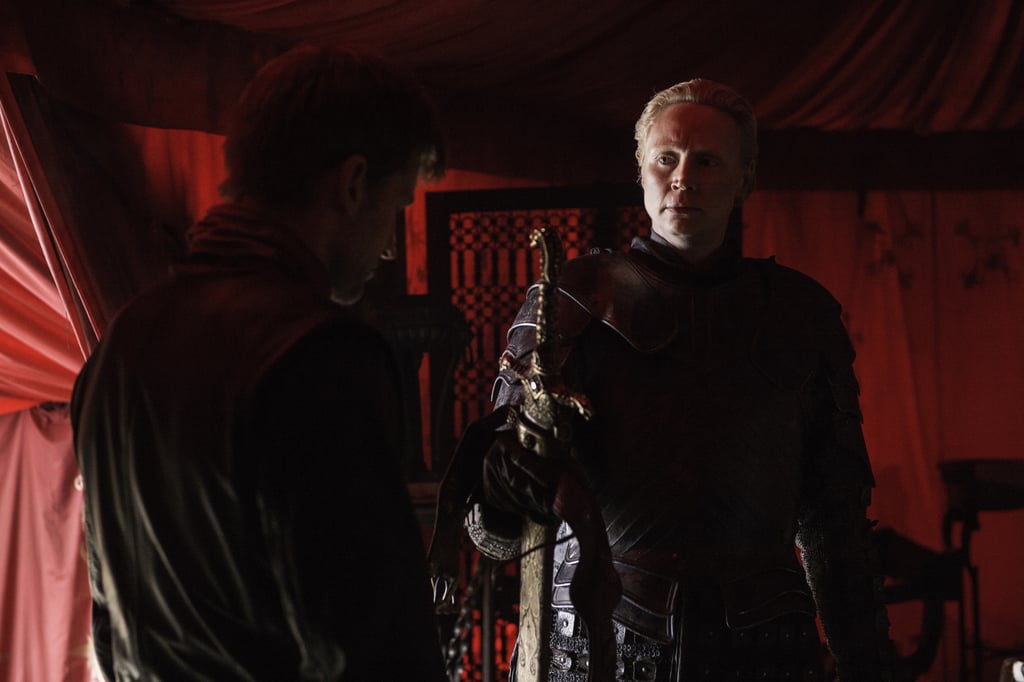 Oathkeeper is one of the two swords created from Eddard Stark's massive blade, Ice (which is also the sword Ned uses to kill Will, the Night's Watch deserter, in the first scene of episode one). Although Tywin gives his son Jamie Lannister one of the two blades, Jaime later gifts Oathkeeper to Brienne in season four. She attempts to give it back to him when they bump into each other in season six, but he insists she hold on to it.

Makeup
Glow Up Season 1 Contestants: Where Are They Now (and Are They Still in Beauty)?
by Jessica Harrington 1 hour ago