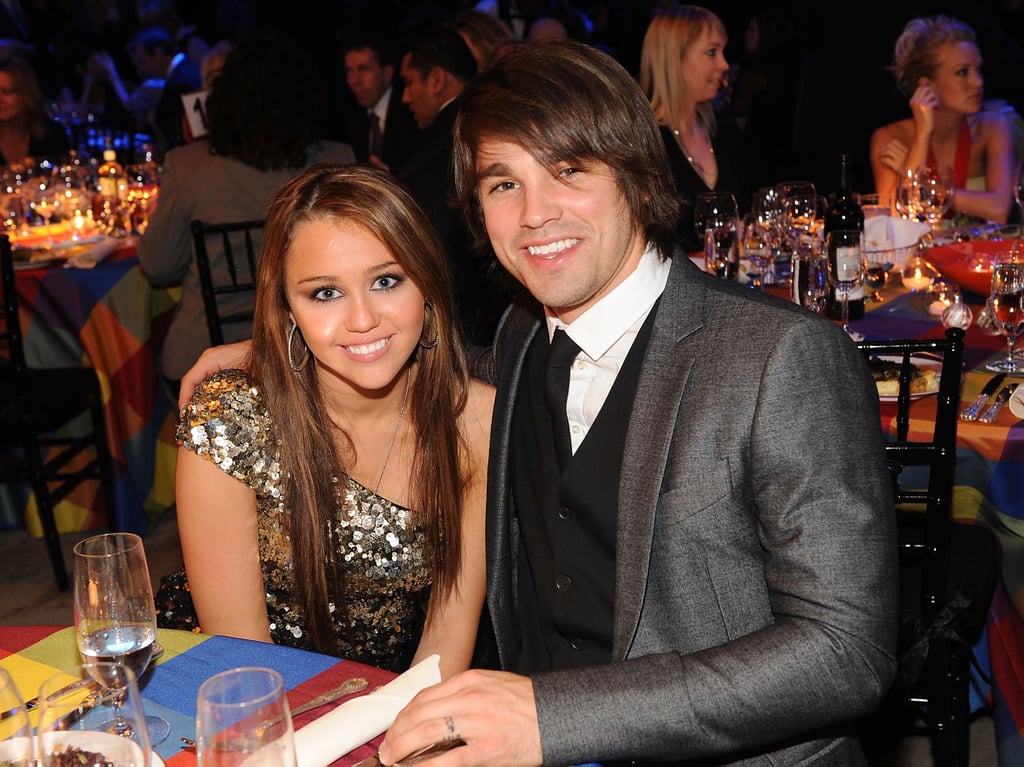 When Miley was 15, she struck up a relationship with Justin, who was 20 at the time, after he competed on her dad Billy Ray Cyrus's reality show Nashville Star. While it's unclear what led to their split (some say her rekindled friendship with Nick Jonas was to blame), they called it quits nine months later in 2009 when Miley left to film The Last Song in Savannah, Georgia.

Celebrity YouTube
Jason Momoa Surprised Lisa Bonet by Restoring Her First Car, and Her Reaction Made Me Teary
by Karenna Meredith 3 hours ago

The Bachelorette
Who Has Tayshia Adams Dated? Here's Everyone Who's Romanced the Rumoured Bachelorette
by Corinne Sullivan 7 hours ago

Black Is King
10 Times Beyoncé Pulled Up For the Black Community, Even Before Black Is King
by Natasha Marsh 2 days ago