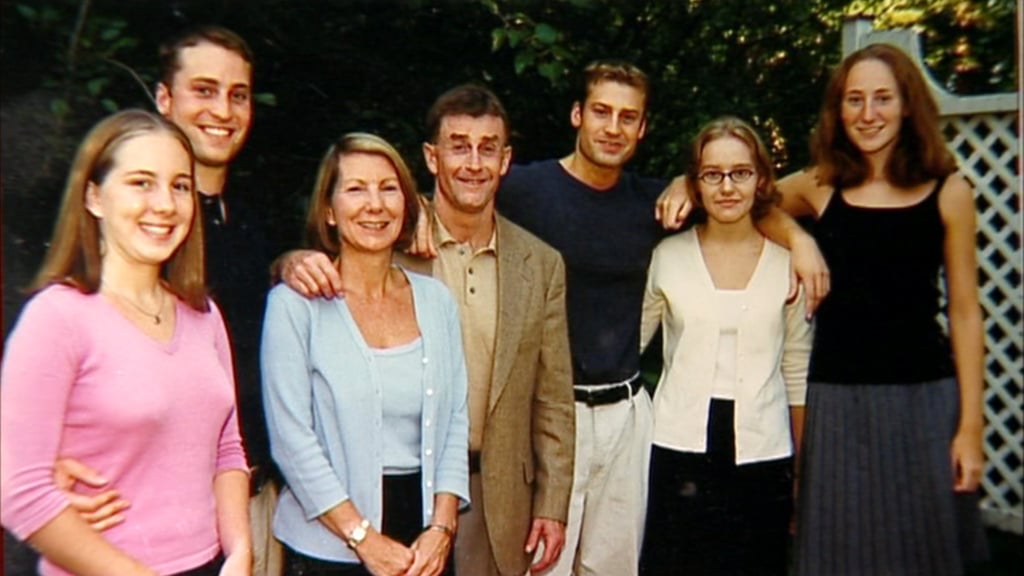 Kathleen's Fatal Fall Down the Stairs

On Dec. 9, 2001, Michael and Kathleen went out by their pool to enjoy a glass of wine after watching the movie America's Sweethearts. Kathleen went inside, and a few hours later Michael supposedly followed, which is when he told law enforcement that he found Kathleen bloody and unconscious at the bottom of their home's staircase. He claimed she must have tripped and fallen because of the alcohol they'd been drinking.

When the autopsy report was released, it was revealed that 48-year-old Kathleen had sustained shockingly severe injuries, ones that didn't necessarily match up with the type of fall she'd taken. Injuries included a fracture of her neck cartilage and seven deep cuts on her head, which led police to suspect she'd been bludgeoned. She died from blood loss.

Since Michael was the only one home at the time of her death, he was charged with her murder. He pleaded not guilty. As the trial wore on, it came out that he was bisexual and had been having affairs with a number of men outside of his marriage with Kathleen. Michael said his wife knew about this and that they'd come to an arrangement, but Kathleen's daughter, Caitlin, and her sister Candace Zamperini insisted that there was no way Kathleen would have ever allowed such a thing to go on.