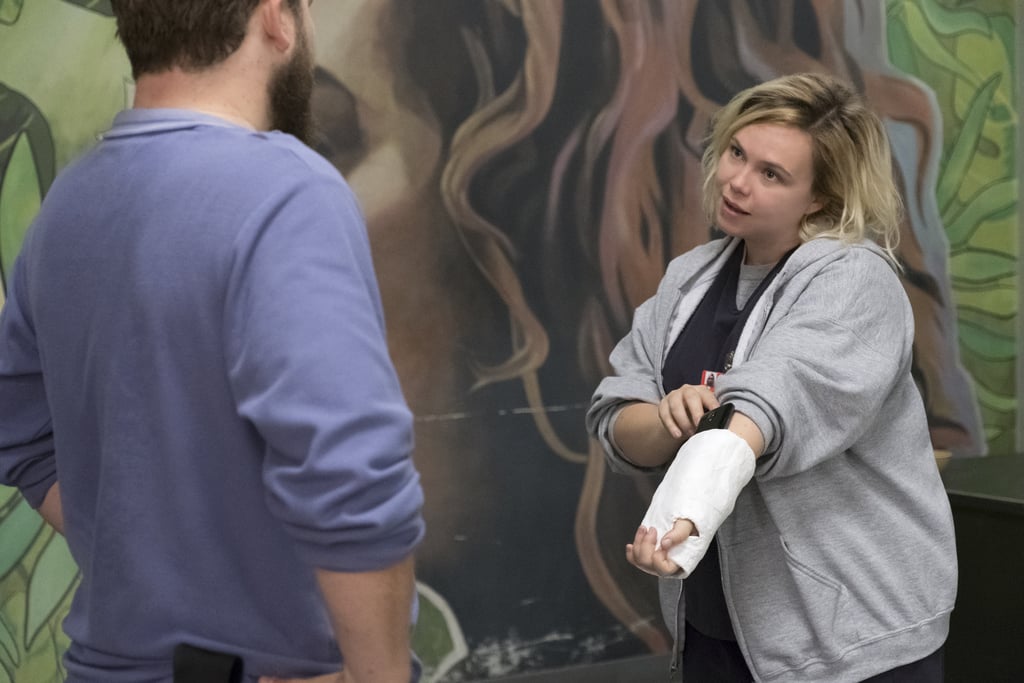 Orange Is the New Black is one of the few shows to tackle a spectrum of issues important to women, specifically incarcerated women, and the show does it in such an honest, raw way. For Fuller, being part of something so powerful "means everything."

"Orange was the first show to give so many women such diverse characters to play, and to really have diversity in their casting and actually having these authentic portrayals of real people in challenging situations. They do it in such a clever way that's entertaining and funny, but also heartfelt and true," she told us. "To be a part of that, I'm so grateful. It felt like a dream come true. I've been acting since I was 8 years old; I grew up in the traditional sense of how being a female actor is. It's all about your looks, and it's all about being as pretty as you can be. Or, it used to be. So I'm having to retrain my brain now for the better. To embrace who I am, and all the flaws and assets that that might be. Orange paved the way for that to be possible, and to be working with those people on the ground level was a huge gift."

Related:
The True Story Behind Orange Is the New Black
Previous Next Start Slideshow
Join the conversation
Celebrity InterviewsTVAmanda FullerOrange Is The New BlackNetflixPopsugar Interviews
More from POPSUGAR
From Our Partners
Related Posts

TV
Who's Single and Who's Taken on Selling Sunset? Here's Where the Stars Stand
by Corinne Sullivan 19 hours ago