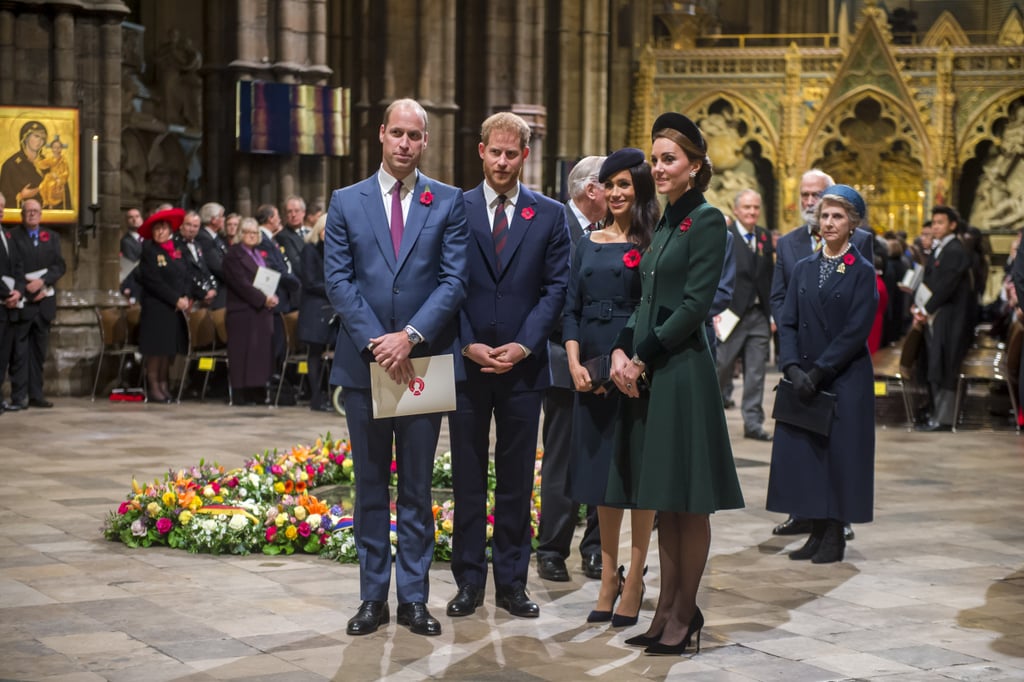 Rumblings of trouble between Prince Harry and Prince William continued to get louder toward the end of the year. The brothers were already reportedly working to separate their Kensington Palace offices when it was confirmed that Harry and Meghan would move to Windsor instead of living near Kate and William at Kensington Palace like they had originally planned.

But just as the rumours were picking up steam, the foursome were conveniently photographed together at Westminster Abbey, where they attended a special Remembrance Day service with the queen. Kate further dispelled the drama when she gushed about Meghan and Harry's baby at the end of November.