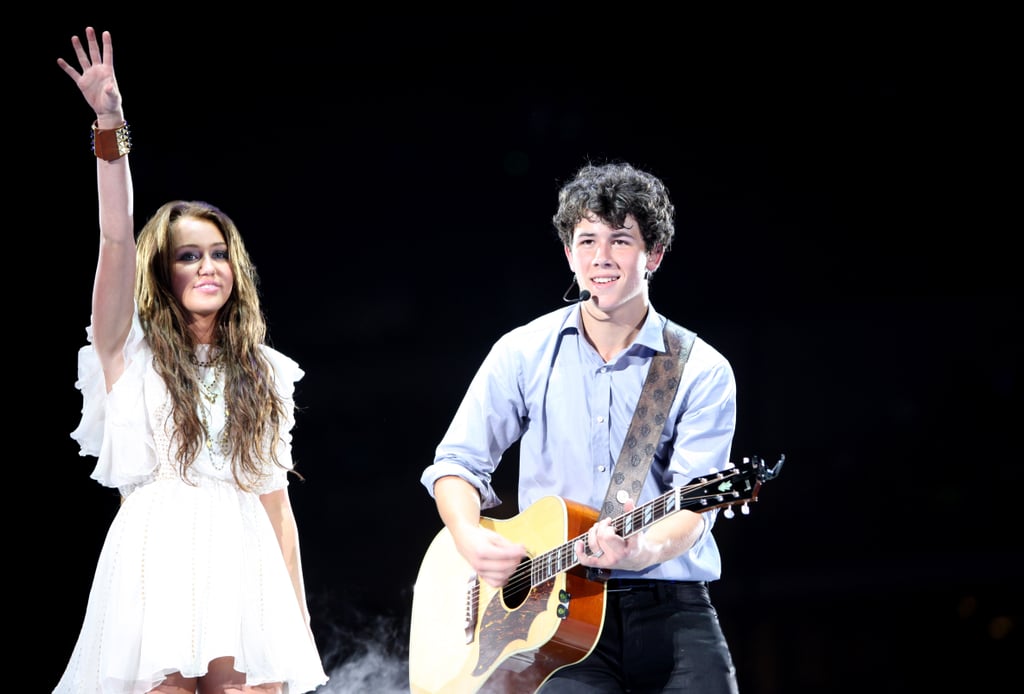 In June 2009, Miley and Nick detailed their breakup in the Jonas Brothers song "Before the Storm" from their album, Lines, Vines and Trying Times. That same month, Miley made a special appearance at the Jonas Brothers' concert in Dallas as they performed the song live for the first time. Though Nick visited Miley on the set of The Last Song later that month, nothing else became of their relationship as Miley eventually started dating her costar Liam Hemsworth.

During a concert at Radio City Music Hall in 2012, the Jonas Brothers unveiled a new song titled "Wedding Bells" that was rumoured to be about Nick wanting a second chance with Miley. The song makes references to Miley and Nick's relationship as well as Miley's engagement to Liam Hemsworth.