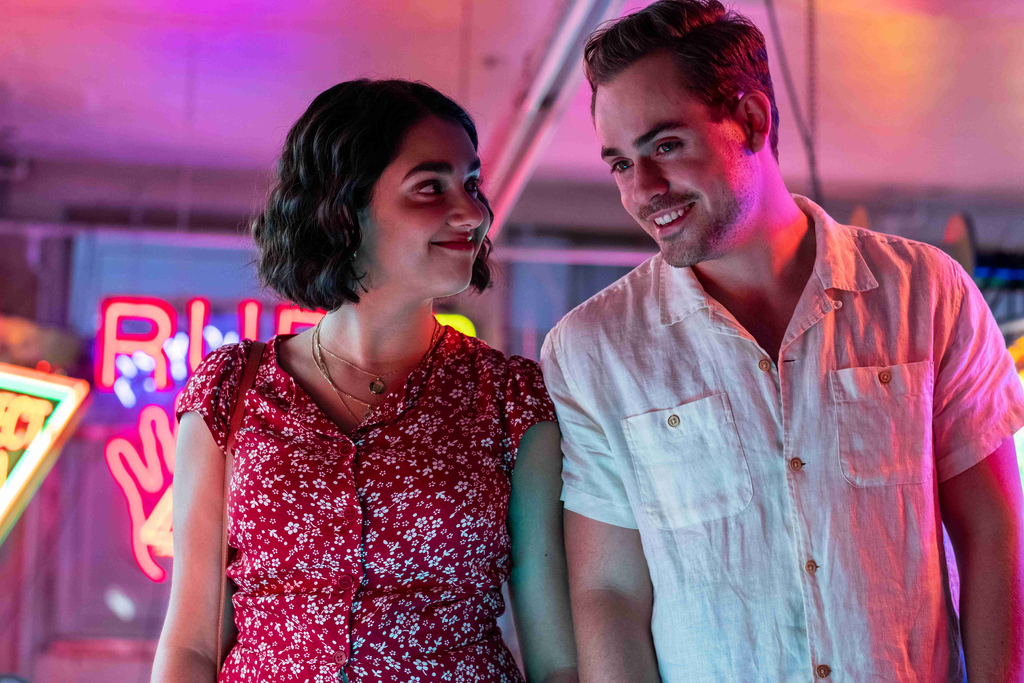 Often in our society, it feels like 'emotional' or sentimental women are dismissed as 'hysterical' and 'difficult'. But the character of Lucy is boldly, unapologetically emotional and open about those feelings. Geraldine notes that the way Lucy is so vulnerable and feels everything so wholly leads to her success in the movie. "People are drawn to that because we're all told to be quiet and take up less space and don't be hysterical and just get over it and get on with it," she says. "It's really f*cking cool to be like, No, I'm gonna feel it, and I'm gonna say it, and I'm gonna do it.

"She's such a free, liberated woman and that's really magnetic to people. I hope that women watching can feel emboldened by her, because she is very bold."

Lucy is a strong female character, someone who is doggedly, defiantly optimistic and determined. It's a different kind of woman on screen, at a time when so many millennial characters appear jaded and cynical. But that kind of role isn't something new for Geraldine. Both her characters of Rachel in the movie Bad Education and Eliza in existential sitcom Miracle Workers are also positive and persevering in the face of challenges, like the power of a corrupt public school superintendent (played by Hugh Jackman), or when paired with a morose angel (played by Daniel Radcliffe), too beaten down to try to help people on earth anymore.

"I hope that women watching can feel emboldened by her, because she is very bold."

"It's such a sign of strength and bravery to be optimistic in this world," Geraldine opines. "That's something I just relate to a lot in characters, that determination and optimism. You're rewarded for those things. Those are very appealing traits and maybe that's why I'm drawn to those characters, because it feels relatable to me and it feels honest for women."

SAS Australia
Roxy Jacenko Silences Trolls by Revealing the Real Reason She Quit SAS Australia, "My Health is My Number One Priority"
by Bree-Grant 37 minutes ago

Red Carpet
There Was No Red Carpet For the Brownlow Medal This Year, But the WAGs Served Up Epic Looks Anyway
by Kate McGregor 23 hours ago