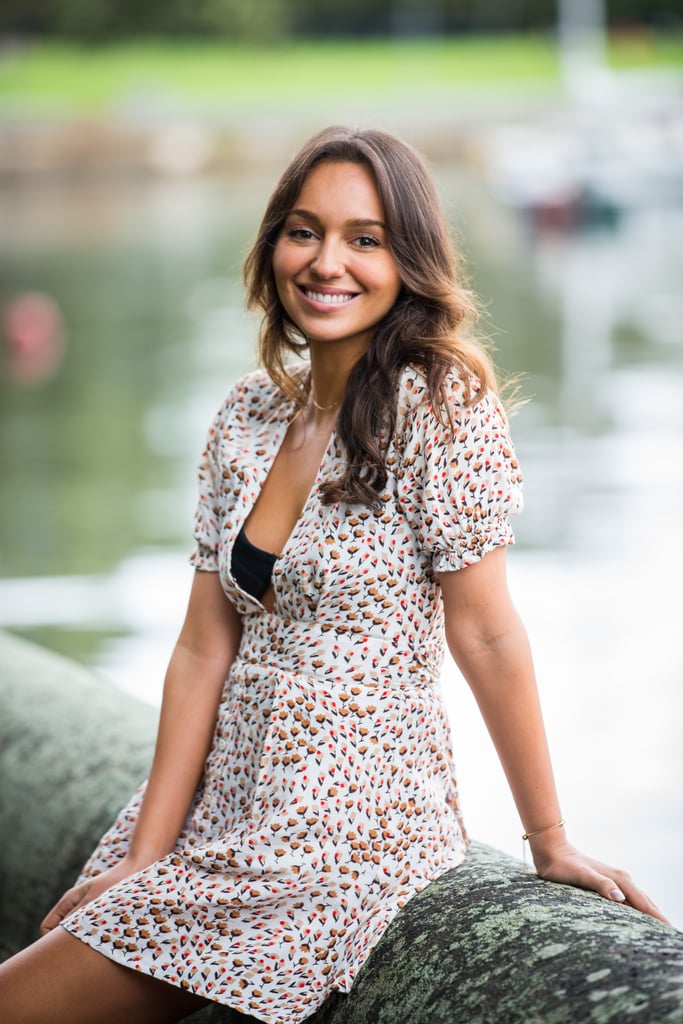 As we rapidly approach the Bachelor finale this week, it seemed about time to reminisce on the romantic journeys of our frontrunners — starting with Bella!

Bella enraptured Locky Gilbert from the moment he saw her in her gold gown on the red carpet, where she pinned a heart to his sleeve! That solid first impression earned her the first single date, where they went sailing and shared the first kiss of the season when they went swimming. "I'm definitely crushing on Locky pretty hard," she admitted. From that moment on, the couple connected at cocktail parties, sharing illicit kisses, with Bella emphasising that she's there for Locky!

Bella was also invited on the final group date before lockdown, where a psychic seemed to imply that her gravely ill grandfather had passed away. Locky comforted her afterwards, as Bella wrote on Instagram the week the episode aired: "This moment was such an emotional whirlwind for me and I wasn't expecting Locky to come and find me, but having him there was exactly the support I needed." He passed away during lockdown.

During "Love in Lockdown", Bella stamped out questions on a group date about her going on The Bachelor for her social media following, and Locky met Bella's mum over Zoom. She immediately warmed to him, Bella returning to the other women talking like Locky was already one of the family. Being reunited in the mansion had both of them gushing and, obviously, locking lips.

Later, Bella surprised Locky when she spoke about her fractured relationship with fellow frontrunner, Irena. It brought up some long-held anxieties for Bella, around other women getting in the middle of her relationships with men and poisoning them against her. That night, in a dramatic rose ceremony moment, she almost seemed at risk of going home, the pair ditching the ceremony just before the final rose to talk. Locky said he didn't like the jealous side of her he'd seen that night.

But Locky was so keen to move past that moment that he invited Bella on the final single date of the season, after she wooed him when the women had to make speeches declaring their intentions to him on the final group date. He took her to do the Japanese art of kintsugi and put plates together with gold. It served as a metaphor for their rapidly mending relationship, with Bella telling Locky afterwards, "I'm falling in love with you."

Related:
Sorry, Spoilers!: Apparently There Will Be No Top 3 on The Bachelor This Year

Look back with us on Bella and Locky's sweet journey as we gear up to see more love blossom at hometowns!