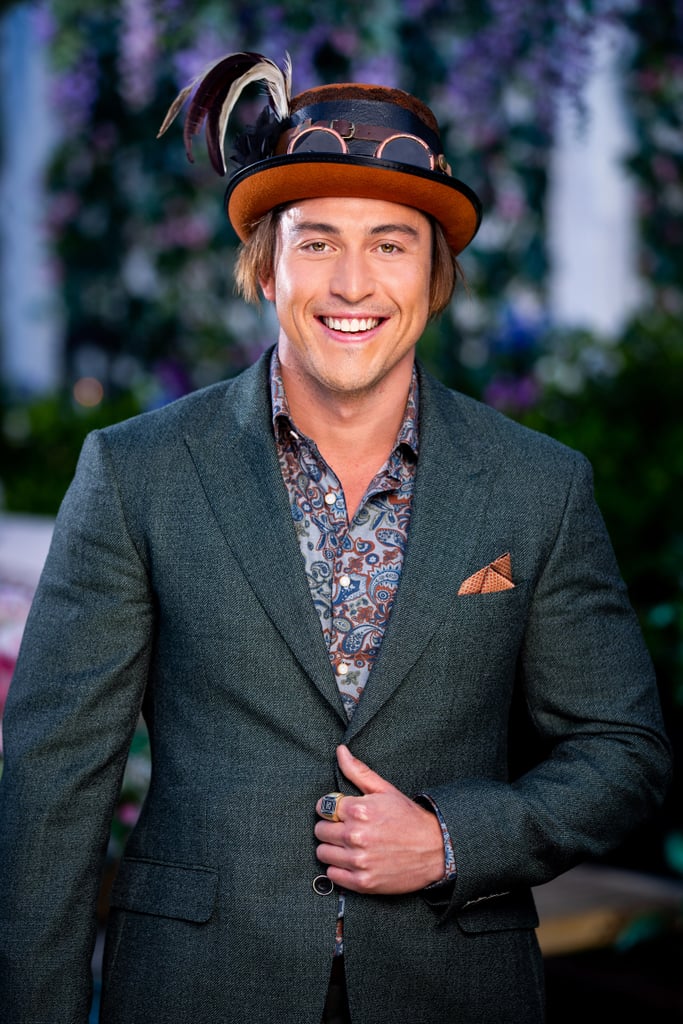 Fans of The Bachelorette seem to be intrigued by kitesurfing instructor Adrian.

He arrived on night one in a rather ostentatious hat with a feather and goggles, and people were fixed on figuring out who the man was and why he would adopt a steampunk aesthetic in 2020 — even as all we really heard from him was that he was interested in Becky Miles.

At the cocktail party, he told Harry he wanted to pursue Becky because he thought he'd seen her make eyes at him ("I really like it when the chicks look at you in that way"). But what he said Becky was very different as he offered her an amethyst heart necklace.

"I think you're really cool and I find you very attractive and I'd like to try to get to know you more," Adrian said in a way that some perceived as rehearsed and maybe insincere. He explained the meaning behind the amethyst gift as representing a piece of his heart. "I am coming into this for the right reasons," he stressed, saying he "felt something" for Becky. "I want to open up and I want to be vulnerable."

Related:
Joe Realised He Was Super Keen on Elly When She Got Close to Frazer on The Bachelorette

According to the promo at the end of last night's episode we can expect Becky to question Adrian's intentions next week . . . Is he really there for her or to hang out with the other blokes?

Adrian's definitely made an impression on viewers already — but maybe not for the right reasons:

TV
Why Eboni K. Williams Joining The Real Housewives of New York Is a Huge Deal For Bravo
by Maya Richard-Craven 4 days ago