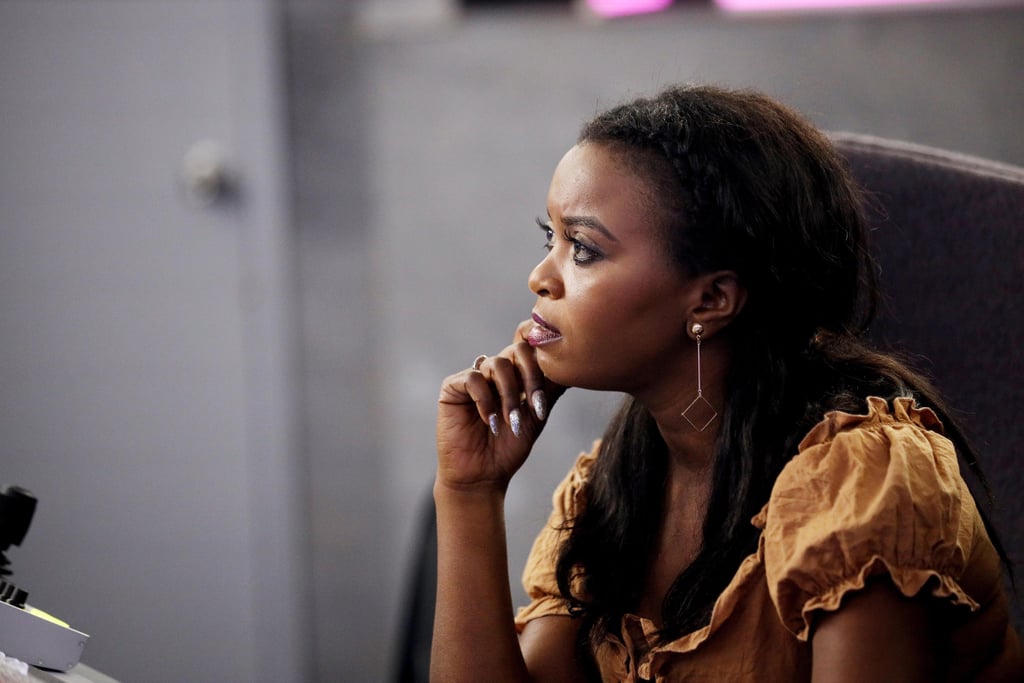 Everyone was pleased to see the true Queen of the Big Brother house, Angela Clancy, saved from eviction on last night's episode.

While she received eight votes out of a total of 14, up against Marissa Rancan and Chad Hurst, instead of being told, "You have been evicted," by host Sonia Kruger, she was instructed, "Sadly, Angela, it's time to say your goodbyes."

That left a skerrick of hope for the fans at home, who soon saw Angela being led to a secret "bunker" in the Big Brother house. There it was set up like a live-in control room, with Angela being given the power to control the housemates' lives. "Get comfortable and begin plotting your revenge," Big Brother advised Angela.

As per the promo for Sunday's episode: we can expect Garth Savile as a butler (he deserves it for that "Ding-dong, the witch is dead," comment) and plenty of other shocked and distressed housemates.

"This is the best thing ever!" is Angela's — and also our — take on the plot twist. The other housemates thought they could evict Angela, the woman who stashes tea in her bra and who reapplies lip gloss in an endurance challenge, so easily? Now we know this is truly Angela's house.

Related:
Sophie and Chad Shared the First Kiss of Big Brother 2020 and We Love This New Couple!

Everyone watching last night celebrated when we found out our favourite wasn't out of the game just yet, some even saying they might have stopped watching without Angela's boss moves.

At the same time, people pointed to one disheartening fact: literally all the people of colour on Big Brother were voted out in just two weeks. It's just not good enough.

Here's what people online had to say about last night's twist and attempted eviction of the series' most iconic housemate: