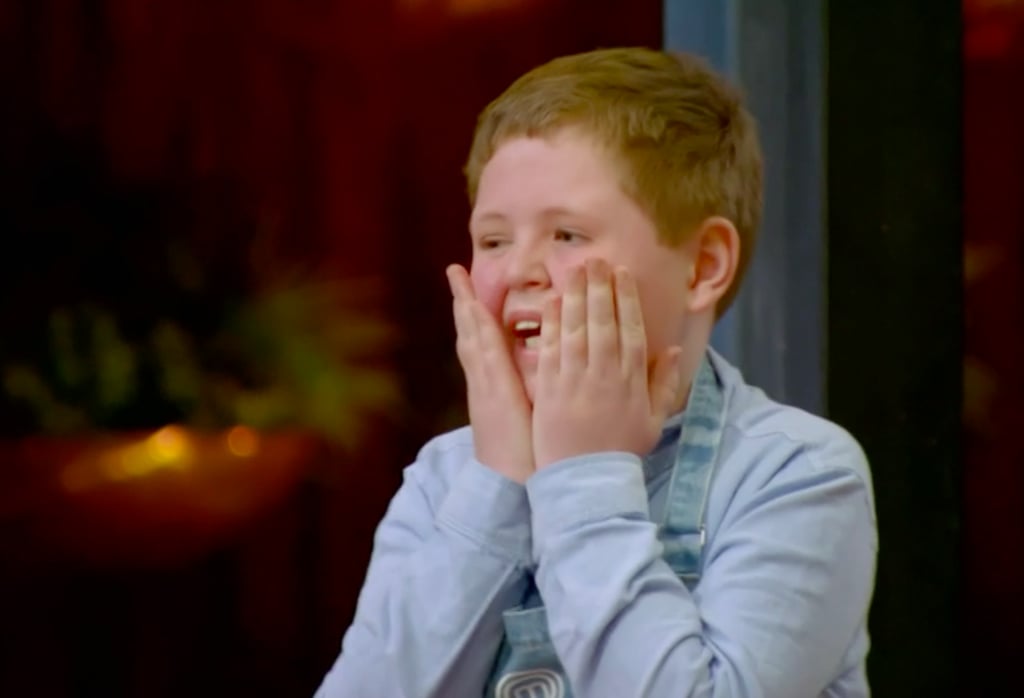 Tasked with creating his dream dish in round two of last night's Elimination episode, Ben decided to make what he called A Sweet Celebration of Native Ingredients, with a dessert comprised of sandalwood nut white chocolate ganache, Davidson plum and raspberry jelly, Kakadu plum caramel, a tumeric and vanilla ice cream and a macadamia praline.

The dish, perfectly balanced and delicious, saved him from Elimination, but what stuck out was the way he spoke about what he was making and how he handled the pressure of the cook.

"When I think of my dream dish, I'm really inspired by Aboriginal culture, because it's the oldest living culture in the world!," Ben said to camera. "Australia's Aboriginal people have a lot of connection to the land through all this bush food. I think it should be something that we all recognise and I really want to pay my respects to that in my dish today."

If only more adults talked this lovingly about native ingredients and had this kind of respect for Australian Indigenous culture!

When his toffee crystallised later in the episode and he started to panic, Jock reassured him he could start the element again. "Look at me — you've got it," he said.

Even though he didn't get his macadamia and wattleseed shard finished, he reflected, "I'm really proud of myself because I didn't give up." There's so much we can learn from kids like Ben! Learn how to make Ben's A Sweet Celebration of Native Ingredients here.

Here's what people online thought about Ben's celebration of Indigenous food and culture: