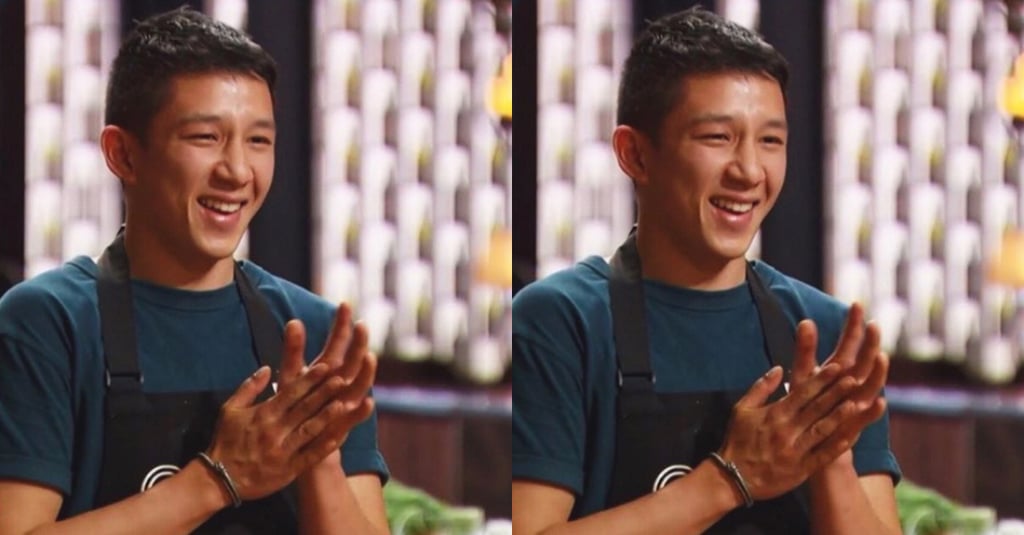 Dumpling genius Brendan Pang was the latest person to be sent home from MasterChef, in a two-round challenge based on "taste".

The first round saw the contestants eat a series of one-inch cubes while blindfolded, and determine the food. Brendan tripped up on lime, instead guessing that it was a pomelo, landing him in round two. In round two, it was about balancing the five tastes: sour, salty, bitter, sweet and umami; in one dish in 60 minutes.

As the episode unfolded, and there was increasing attention dedicated to Brendan switch from dumplings — a dish he failed to execute properly in Tuesday's Immunity Challenge — to seafood noodles, and then adding enoki mushrooms to his broth at the last minute, fans started to have an inkling he might be the one to leave.

When Jock Zonfrillo asked if Brendan felt increasingly confident as he progressed further in the competition, Brendan admitted, "I doubt myself a lot."

"I've never made it this far before," he teared up, before Jock complimented him on his "epic dishes" throughout MasterChef, urging him to feel more confident in his abilities.

"I feel you've earned your place here in the top eight," Jock insisted, with Andy Allen adding that other contestants feel "intimidated" by Brendan's "phenomenal" cooking.

"It's really hard coming back for a second time," Brendan noted. "You guys have made it worthwhile." But Melissa Leong flipped the compliment around on Brendan, thanking him for his efforts so far. "I never cry this much!" Brendan said, as he composed himself.

Our hearts broke for Brendan in that emotional moment — he ought to know just how highly everyone thinks of him and his cooking!

Locky Gilbert
Locky Just Dumped Bella and Her Response Was All-Time: "Can I Leave? I'm Going"
by Hannah Story 5 days ago