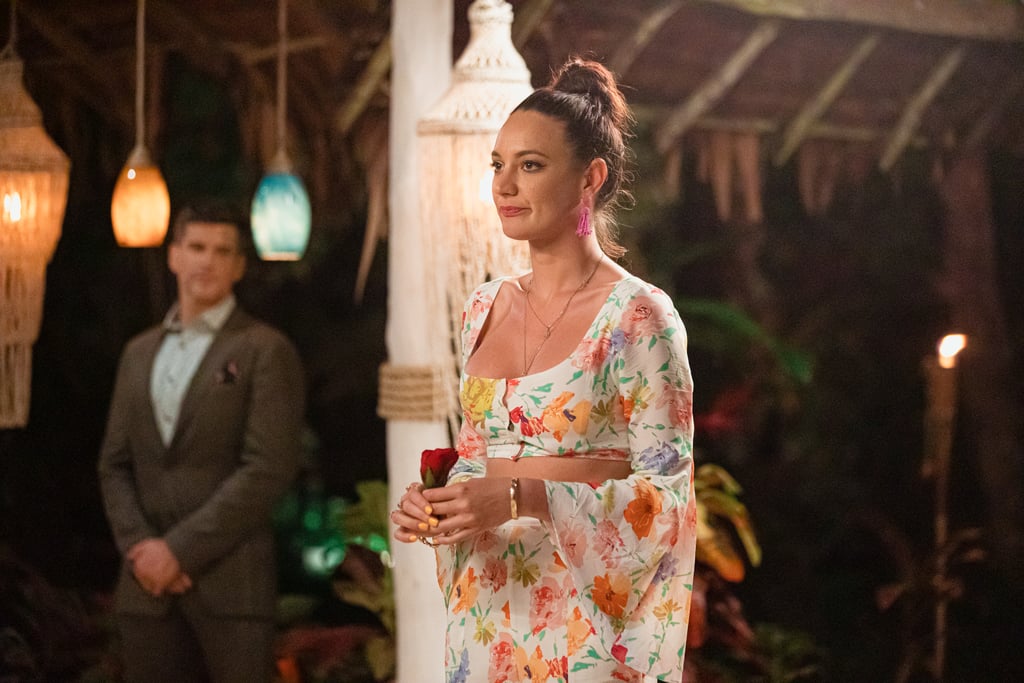 Brittney Weldon deserves so much more from Bachelor in Paradise. She's a fan favourite, thanks to her unapologetically bubbly and slightly chaotic personality and love of conga lines, but it definitely like producers have constantly set her up to fail on the show.

Last week, Niranga Amarasinghe was handed a date card instead of Brittney, when Niranga had only her or Cass Mamone (who had just mocked him in front of their friends) to chose from, and Brittney was connecting with new arrival Jackson Garlick. Last night, in a further effort to stir up drama after a very uncomfortable rose ceremony, Cass was given a date card — and a chance to also spend time with Jackson.

Brittney couldn't catch a break — with Jamie Doran stringing her along at the beginning of the season and giving her mixed signals, while she was open to the possibility of something romantic developing.

But even though Brittney has been put into all of these situations, and did get upset when Niranga wanted to take her on a friendship date, she has handled everything with poise. Our hearts have broken for her when she talked about always being people's second choice, and her fears that there is something wrong with her that means she'll never find love.

And last night, after Cass and Jackson had a pleasant date and Jackson admitted to the group that he was swinging towards pursuing Cass, and, if a rose ceremony took place today, he would give her his rose.

"It's hurtful that it's not me," Brittney reflected to the camera. "But I want people to be happy, and if they're happy without me, then that's fine."

It's a stark contrast to the way Cass reacted to the news Jackson kissed Brittney after the rose ceremony. She chose to put Brittney down. "I think I'm confused," she told the camera. "It's Brittney. It's Brittney, b*tch. You know what I mean?" she whispered. "What the f*ck?" she scoffed. And then, on her date with Jackson, she made a cruel joke about Brittney potentially giving Jackson a cold sore, a stigmatising STI joke that seemed to mostly come from jealousy.

Brittney, even when faced with an uncomfortable love triangle situation, made the choice not to be nasty about another woman and her attractiveness, but to accept that she might not be the right fit for everyone. She was upset when Cass told her she wouldn't pursue Jackson, then changed her mind and did it anyway, but even the way she walked away from the situation and refused to be gaslit was praised by fans.

Related:
It Certainly Looks Like the Bachie Franchise in Australia Has a Diversity Problem

Here's how people have come out in support of Bachie favourite Brittney, who we all want to see find the quirky partner of her dreams — potentially as the 2021 Bachelorette!