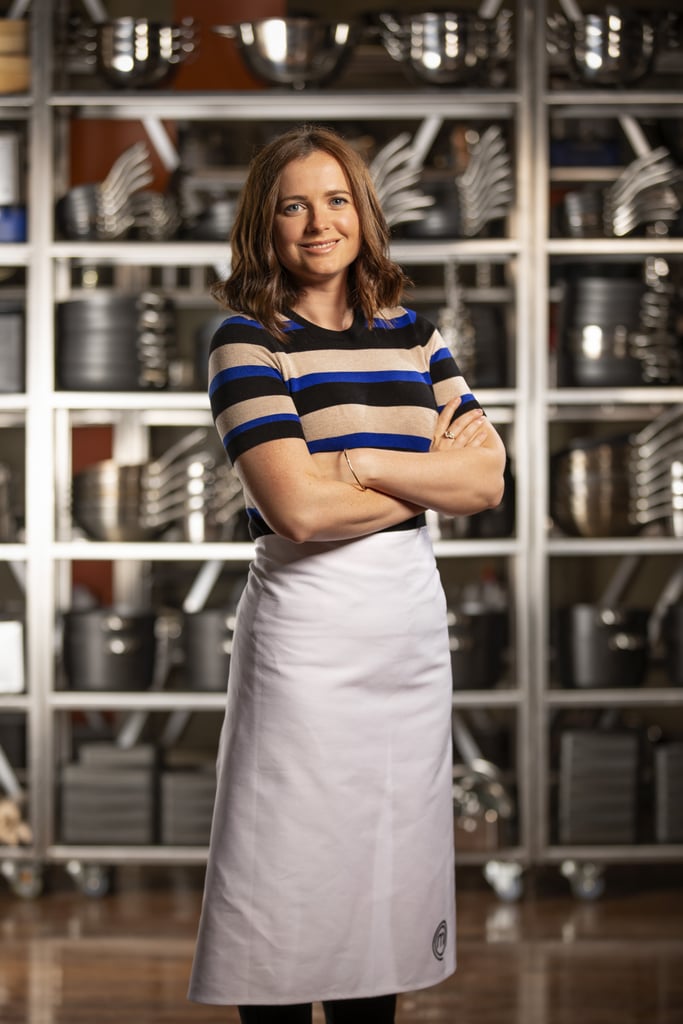 Even though she didn't win last night's MasterChef Immunity Challenge, people appreciated the chaotic and cheerful energy Emelia Jackson brought to the cook.

The Immunity Challenge between eventual winner Reece Hignell, Poh Ling Yeow, Laura Sharrad and Emelia saw the contestants partake in a 90-minute cook, making three dishes using a single pumpkin. Every 30 minutes, the judges tasted another of the contestants' dishes, sending the maker of the least impressive dish into Sunday's Elimination, until just Emelia and Reece remained for round three.

First Emelia made a pumpkin salad with Moreton Bay bugs, adding bug coral to the crème fraiche after Jock encouraged her to use the heads, because they're "flavour town": "Do I have time to use the heads, Jock?" Emelia initially sassed back.

Then as she started making her round two dish of pumpkin cake with a pine nut caramel and pumpkin purée, she laughed to herself: "This pumpkin is my best friend!"

In round three, her choux pastry batter for her pumpkin Paris-brest was imperfect, so she moved onto plan B: a pumpkin mille feuille. Explaining to Melissa Leong that she hoped her back-up plan would still gain her immunity, she joked: "I would've loved to get that choux up because I think it was a shoo-in."

There were moments during the cook where she dashed back and forth to grab more utensils, with the encouragement of Reece, a collection of whisks jangling in her arms, and a big grin on her face. "I'm having so much fun! This is so fast-paced and exciting. This is the most fun I've had in this kitchen," she explained to the camera.

As she assembled the dessert, she talked about how much fun she was having as she layered and layered tuille and crème diplomat— definitely beyond what was necessary. "It's like I can't stop myself!"

Related:
Emelia Jackson Took Out MasterChef: Back to Win & a Few of Her Fellow Contestants Pegged It From the Beginning

We couldn't stop ourselves from being intoxicated by Emelia having the opportunity to let her personality out this cook. We'd love to see more!

Locky Gilbert
Locky and Irena Gush About Their Blooming Real-World Relationship: "You're Perfect for Me"
by Hannah Story 22 hours ago