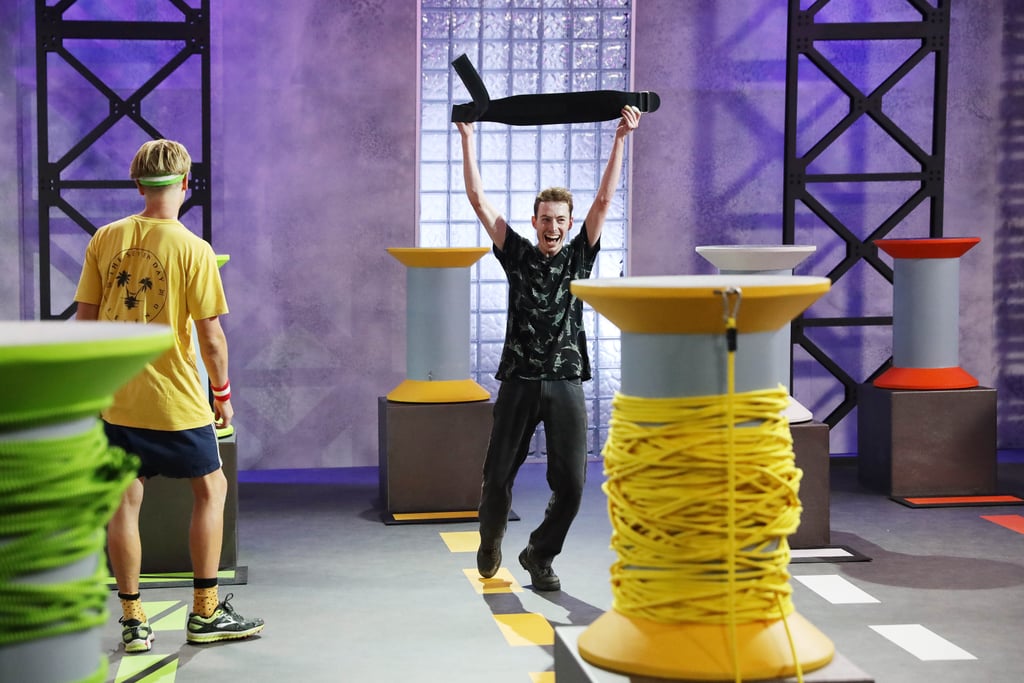 While we won't lie and say that we approved of Ian Joass's choice to nominate Angela Clancy for eviction, he has given us some of the more tender moments of the rebooted Big Brother.

He admitted that his strategy for putting people up for nomination, after he won Tuesday's dizzying spooling rope challenge, was just to protect his friends — he was going to nominate contenders, like Angela who has won two challenges so far, and two other athletic housemates, Marissa Rancan and Chad Hurst.

When he became emotional about the pressure to nominate, he was comforted by Angela, who did not begrudge him for the nomination.

And that's not the only sweet Ian storyline from the week. Literally the day after we saw Ian talk about how much he missed his pets, Big Brother informed him that his pet spider, Patricia, had died. Then the next episode, Big Brother bought him a pet fish to aid him in his grieving process. Fixed!

Other iconic Ian moments include him shouting words of encouragement to housemates in the Ginger Dread House, when he taught Sophie how to play the spoons and letting her wear his hat, and how he gave everyone an admittedly worthless fossil as a gift on day one. And let's not forget him cuddling his toy squid at night! He's such a sweetie!

Related:
Angela Was Only Fake-Evicted From Big Brother Last Night and We're All So Relieved

People have professed their love of Ian's awkwardness — and his eagerness to make friends anyway — ever since the season premiere. Let's see what people have to say about Big Brother's resident sweetheart: