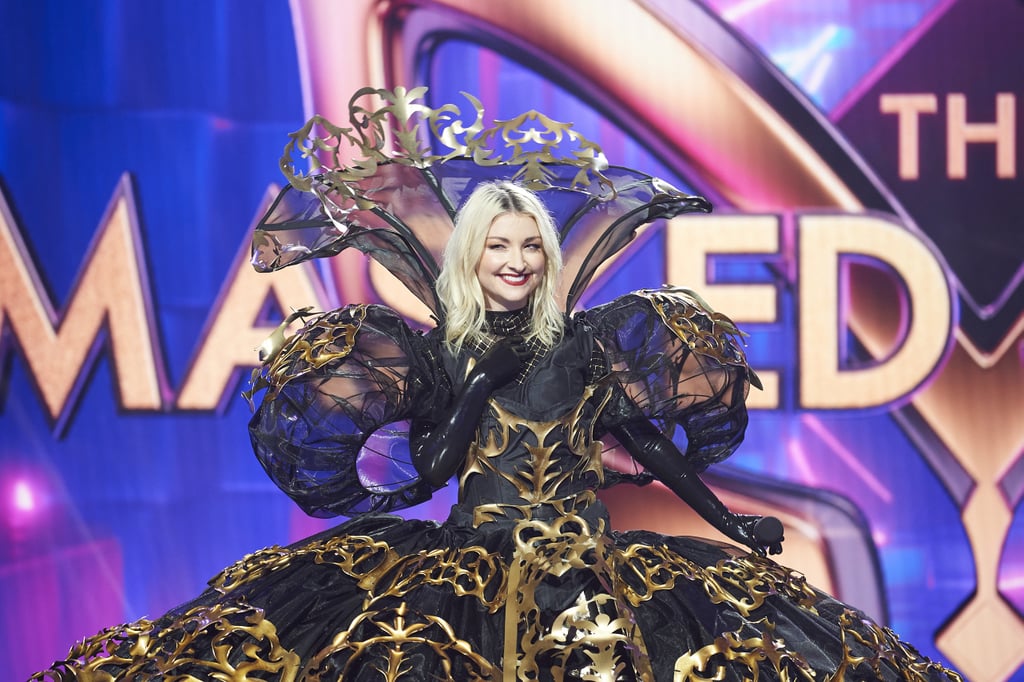 Tonight The Masked Singer came to an end for 2020, with writer-actor-musician Eddie Perfect as the Frillneck, musician Kate Miller-Heidke as the Queen, and musician-actor Bonnie Anderson as the Bushranger revealed. All three had long been predicted by the public at home — the clues made perfect sense!

Bonnie ended up winning the whole series, just like inaugural winner Cody Simpson as the Robot before her, with Kate coming in second and Eddie in third. But people at home were upset that Kate, whose operatic voice is both irreplicable and extremely impressive, didn't take out the top honour. Did you see her final performance where she was raised in the air during Gloria Gaynor's "I Will Survive"? We were getting Eurovision flashbacks!

Some of her clues referred to the Queen as always the bridesmaid, never the bride, a reference to her whopping 13 ARIA nominations, with zero wins. Hopefully her upcoming album Child in Reverse, out in October, finally gets her the accolades she deserves! And tonight she was slighted again!

Kate, who fans noticed was very quiet this season after stamping out theories she was the Spider (actually Paulini) last year, has reflected on her loss on Twitter tonight: "Huge congrats to @BonnieAnderson_ for her amazing performances and well-deserved WIN! Tell you what, getting robbed by a Bushranger was not something I had on my 2020 vision board, but I knew from Day 1 she was the one to beat. What a gorgeous, powerful voice!!"

Sure, she's congratulating and praising her rival, but even Kate herself is joking that she's been robbed . . . And of course she made the clever reference to a robbery, something bushrangers were known for . . .

She also thanked her fans, adding in another tweet that she "had a great time trying" to fool Australia, even if she didn't succeed: "I'm so lucky to have had a chance to perform (and earn a living) during these COVID times — I'm really grateful to everyone on the show who worked so hard, and everyone who has been watching and sending love."

Here's how people at home reacted to the news that their Queen Kate Miller-Heidke didn't win The Masked Singer, including the very apt comparison to a certain event in 2003:

Gift Guide
26 Gifts So Perfect For Bravo Fans, Their Homes Will Look Like Andy Cohen’s Clubhouse
by Anvita Reddy 2 days ago