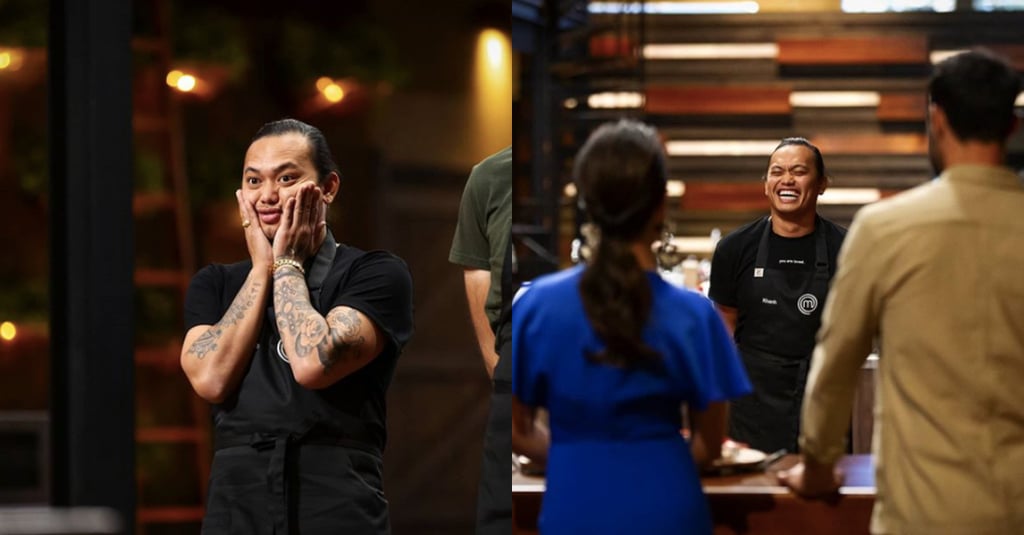 Khanh Ong was the latest fan favourite to be eliminated from MasterChef, as we get closer and closer to the pointy end of the competition.

In the first round of a two-round Elimination, Khanh was paired with Reynold Poernomo to make Chinese street food. While Khanh's pork and cabbage dumplings were perfect, Reynold's fried rice took them into round two. Khanh, Reynold, Laura Sharrad and Emelia Jackson had to cook a "fine dining" dish from one of the international locations featured at guest chef Charlie Carrington's Atlas restaurant in Melbourne.

While the other contestants chose to play on French cuisine, Khanh decided to make Vietnamese gá kho gung, aka ginger chicken, substituting in quail for chicken to "elevate" the dish. But unfortunately Jock Zonfrillo found a breastbone in his serve, while Melissa Leong described the dish as too dry.

Khanh used his last moments on the show to speak to people who might be struggling, reassuring them, as his shirts have all season, "You are loved."

And Khanh is definitely loved by everyone at home, with the internet grieving the loss of one of MasterChef's most meme-worthy and positive stars. Who else will give us Drag Race sass every episode (and on Twitter)?

Related:
Cake Master Reece Recognises He Needs to Be an All-Rounder to Take Out MasterChef
Previous Next Start Slideshow
Join the conversation
MasterChefAustralian TVReality TVMasterchef Australia
More from POPSUGAR
From Our Partners
Related Posts