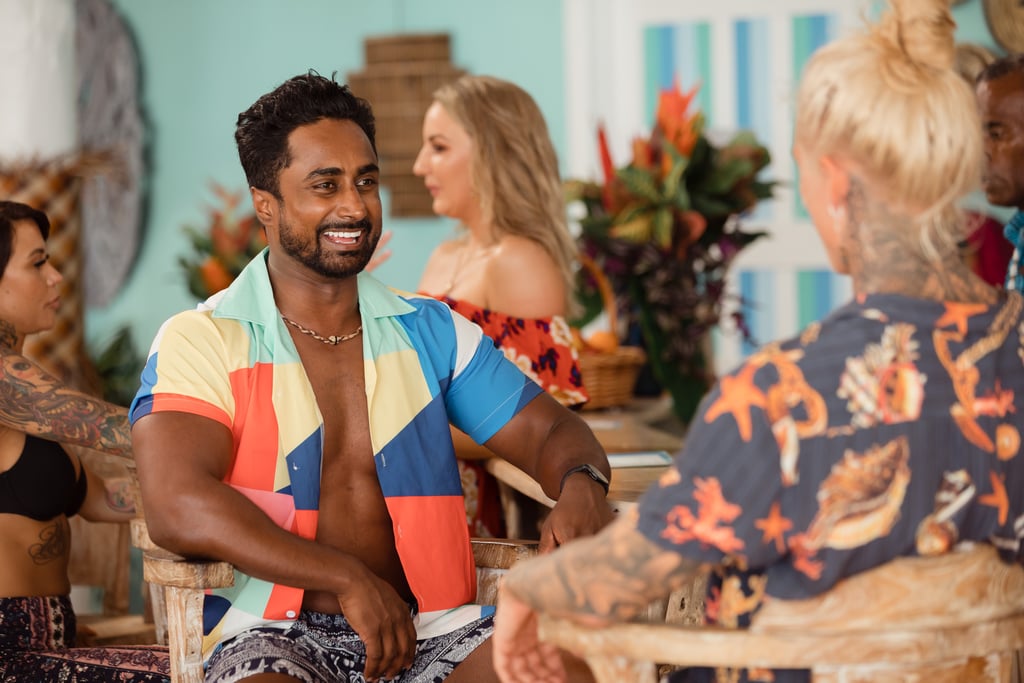 He was given the opportunity to take one of the single women on a date, and potentially save his place in the competition.

But Brittney Weldon wasn't interested in going on a date with Niranga, because she was tired of being seen as a backup plan, and wanted to take this time to connect with new arrival Jackson Garlick.

Niranga had long been vocal about his interest in Cass Mamone, who firmly placed him in the "friend zone", despite all of his efforts — including foot massages. But Cass had also been brutally clear about her lack of interest, even moments before Osher Günsberg arrived with a date card.

When Brittney became upset about always being second choice, Cass and Niranga agreed to go on the date to have fun, Niranga still holding out hope that a connection might blossom.

But their run of exchanging "friendship roses" was over, thanks to Cass' newfound interest in Jackson. The "coffin in the nail" came when their fire-twirling date descended into barbed comments, with Niranga calling Cass a "little princess" for demanding he be at her beck and call in Fiji.

At the end of the episode, at the cocktail party, a teary Niranga received a pep talk from Mary Viturino. "I just want happiness for you. You don't accept crumbs, just get the whole bread . . ."

Niranga does deserve the whole bread!

Related:
It Certainly Looks Like the Bachie Franchise in Australia Has a Diversity Problem

While Niranga didn't find love in Paradise, he did find a legion of fans, some even calling for him to become the next Bachelor, and all of them perplexed as to why none of the Bachie women were interested in a ripped aircraft engineer.