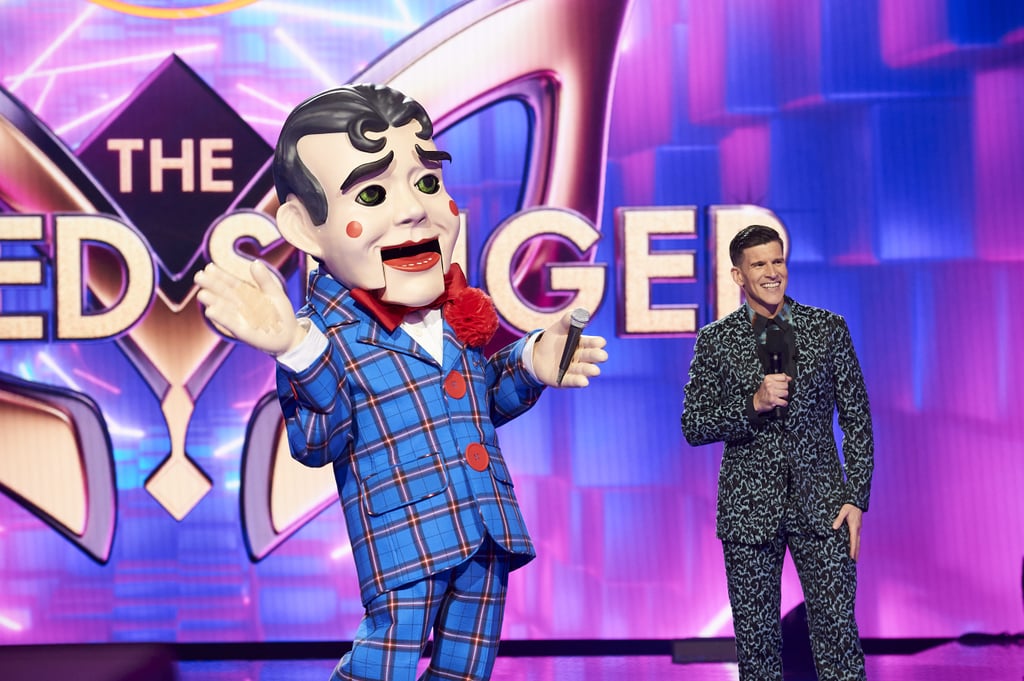 The Masked Singer's Puppet is by far the most frightening creation from Oscar-winning costume designer Tim Chappel.

Somehow in the same season that an adorable giant Kitten pounces around a stage after a ball of yarn, there is also a rosy-cheeked Puppet who is sheer nightmare fodder. This is meant to be a family-friendly show!

Last night, The Masked Singer even thought it would be fun for there to be not just one Puppet, but a second, larger video version in the background. The celebrity behind the mask, beleived to be the Red Wiggle, Simon Pryce, sang Ed Sheeran's ballad "Thinking Out Loud", but because of his costume, the performance was tainted by a vague sense of menace.

Viewers just want the Puppet to be unmasked so that we can all sleep soundly again. And they're definitely not interested in the suggestion that the logical horror spectre to follow up the Puppet in 2021 is a Clown. Absolutely not.

Related:
If This Person Is Not the Queen on The Masked Singer, I Will Eat My Hat — See Her Performances

Here's how people — including host Osher Günsberg and judge Dannii Minogue — have reacted to the Puppet (with fear) on this season of The Masked Singer: