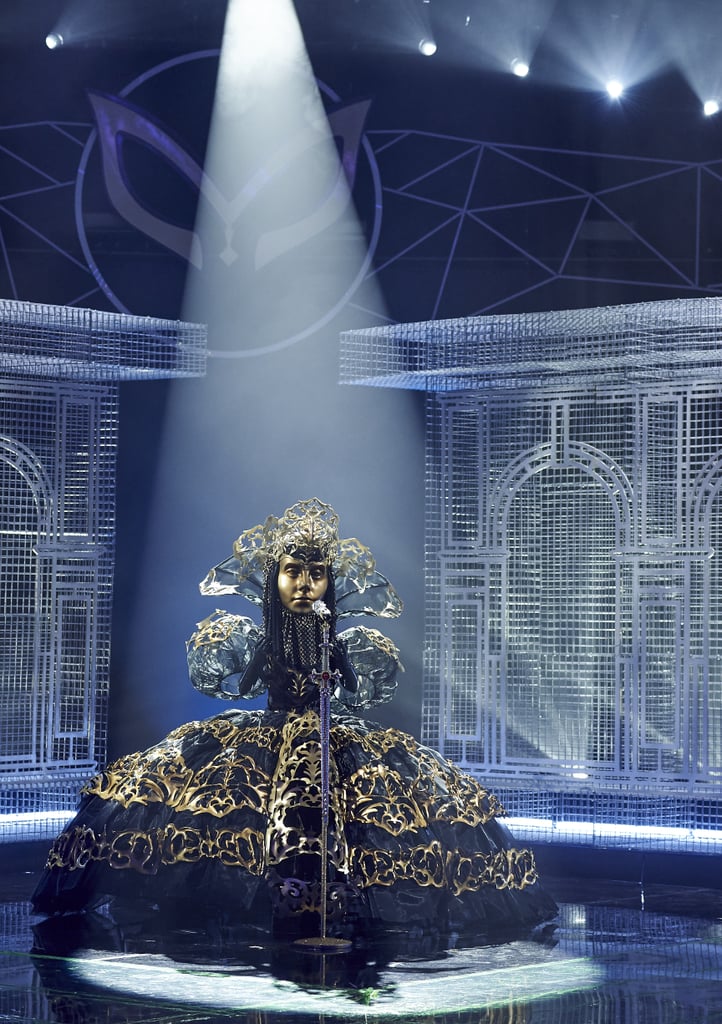 The prevailing theory is that Kate Miller-Heidke is the Queen on The Masked Singer. It makes sense — she's got the operatic voice and the clues match up perfectly, referencing everything from her time as our Eurovision representative last year to her musical adaptation of Muriel's Wedding.

Last year, viewers thought Kate Miller-Heidke might be the Spider (it was actually Paulini) to which she replied on Twitter: "Stop saying I'm the f*cking spider on the masked singer. It's obviously Anthony Callea."

But there's been no denial from Kate this year — and she has a new record to promote, her fifth and first since 2014's O Vertigo!, Child in Reverse, which is scheduled for release on October 30. The latest single from the album, "A Quiet Voice", dropped on Friday.

We're at the point of the season where we as viewers have the clues worked out, but just want to see talented performers like the Bushranger (very likely Bonnie Anderson) and Frillneck (absolutely Eddie Perfect) perform covers of beloved songs, like the Queen's take on Robyn's "Dancing on My Own".

Related:
The Masked Singer Fans Are Pleading for the Puppet to Be Unmasked So We Don’t Have to Be Afraid Anymore

It means that people on Twitter have been left for weeks to point out just how obvious it is that Kate Miller-Heidke is the Queen, regardless of the judge's lacklustre guesses, while at the same time praising her impressive efforts and offering up their best jokes on the subject. Here goes:

Locky Gilbert
Yikes! The Bachelor Just Told Bella He's "Definitely Fallen in Love" With Her Too
by Hannah Story 3 days ago
Latest Celebrity
×