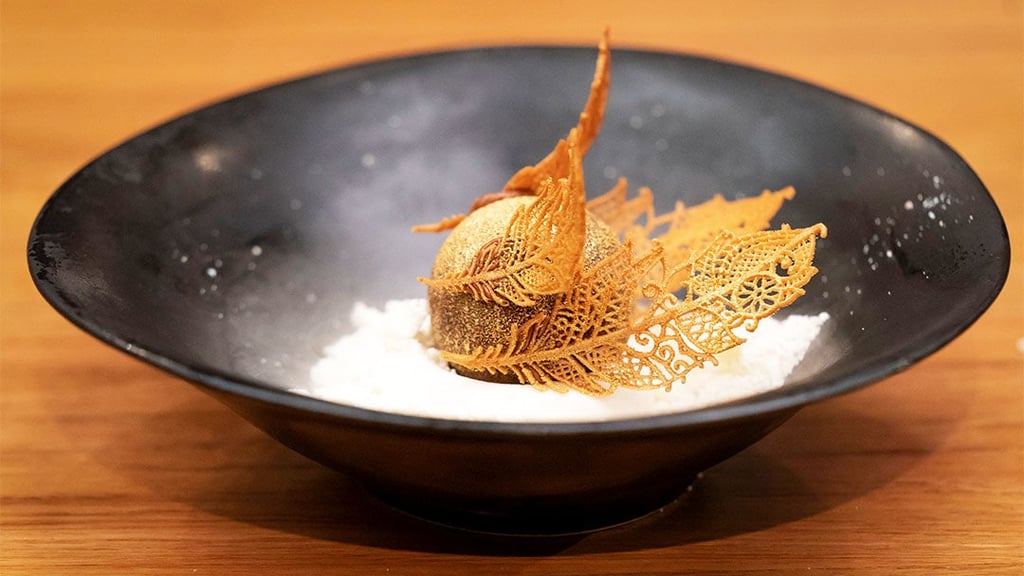 There were no rules to the challenge, with Reynold, Laura Sharrad and Callum Hann encouraged to prove just how good they are as chefs. They even got to impose their own time limit, with Reynold agitating for three hours but settling for just two.

Inspired by the winged ball in Quidditch, from the Harry Potter series, Reynold made a theatrical dessert of brown butter mousse, honey tuile, roasted milk chocolate ganache, tonka bean caramel, yoghurt snow, pear sorbet, chocolate coating and caramelised white chocolate crumble. He shrouded it in liquid nitrogen before the judges, before sprinkling it with the yoghurt snow.

Talking to POPSUGAR Australia on Tuesday, Reynold said he likes to bring "childhood wonders" into his food, because of the nostalgia and emotional connection. "I see myself as just a chef that likes to cook with conceptual ideas, whether it be colours, themes, childhood memories or culture," he explained.

"This dish came to mind as an 'aha' moment, thinking of what would be magical and provoke a sense of wonderment. Harry Potter is literally that, and for me the Snitch was something I personally think is super iconic. My friend also pointed out that there was one moment in the series where Harry accidentally caught the Snitch in his mouth."

It was definitely worthy of the first spot in the top four!

In his Instagram Stories, Reynold wrote after his win: "What a day and what an honor to be cooking with @callums_kitchen and @laurasharrad. The kind of day where we just wanted all of us to put up good food and we delivered. Couldn't be any more proud of us!"

Reynold's dessert — a version of which is available at his family restaurant, KOI Dessert Bar — gave viewers the opportunity to pull out all of their best Harry Potter x MasterChef jokes. Here's a sample: