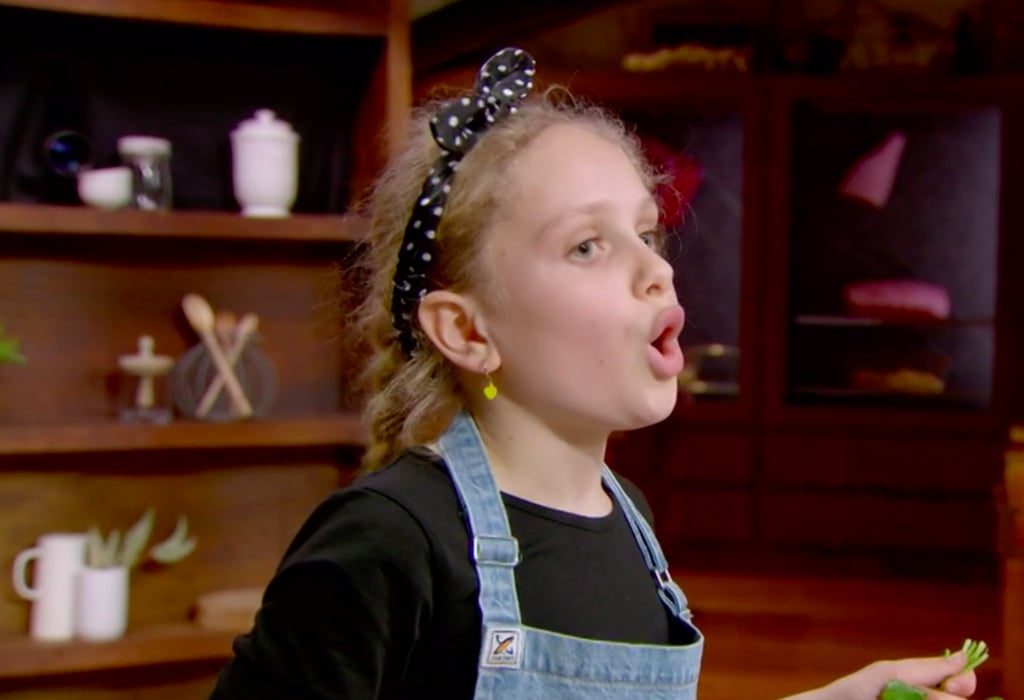 As one of the top contestants from Sunday's Mystery Box challenge, Ruby won a shot at immunity on last night's episode of Junior MasterChef, cooking Mexican food alongside judge Andy Allen. And she won, thanks to her "hard-to-fault" beef tacos!

Throughout the stressful cook, Ruby shouted "Yes, chef!" with the most enthusiasm in answer to Andy's instructions and even asked questions herself. She later explained to camera just how much winning immunity would mean to her, saying that while she's often underestimated because of her size and age (she's just 11!), she's "big inside!"

Viewers watching at home praised Ruby's persistence after her coriander mistake — when she was struggling to keep up, she added coriander leaves as well as the stems to her avocado cream! Luckily, in the end, her blunder didn't cost her immunity, with people complimenting Ruby's honesty during judging, when she fessed up that the "vibrant" colour to her avocado cream was probably because of the leaves!

"You should be very, very proud of yourself," Andy exclaimed when the judges shared their feedback. He even admitted her mistake may have been an improvement to his dish.

"I was watching you cook and just thinking, Ruby's all over this, and it shows in the final dish," Jock Zonfrillo added. "I'm finding it hard to fault you, Ruby. It was really, really delicious!"

Ruby made an immediate impression on viewers in the first week of the show, especially when she helped Georgia to win immunity by roasting the pistachios for her Honey Trifle for her (we love to see these kids support each other!). Then, during her Mystery Box win on Sunday, everyone was in awe of her choux pastry.

Read on to see what people at home have been saying about the strong-willed and extremely talented Ruby on Junior MasterChef!