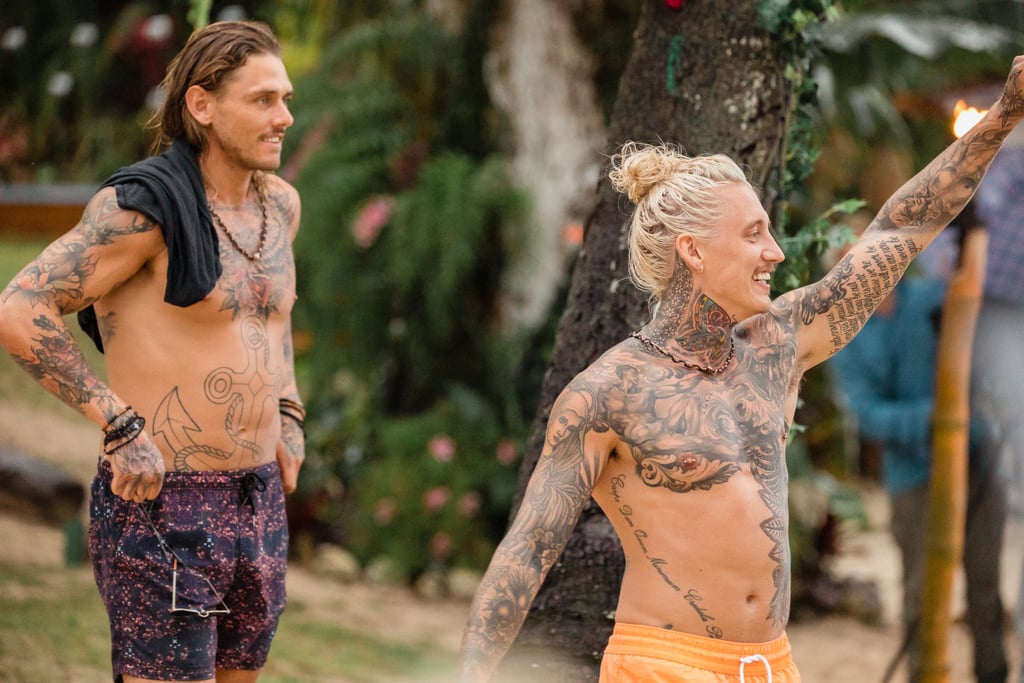 Timm Hanly and Ciarran Stott were called out for their behaviour on the latest episode of Bachelor in Paradise, which saw many of the blokes involved in a catty stoush.

The bula banquet was as dramatic as expected, with the contestants offered the opportunity to ask anything they wanted.

Ciarran stormed out after Kiki Morris was asked how she felt about her partner being intimate with another woman on the show. She said that she'd take him at "face value" because he'd always been honest with her, but that she couldn't be with someone who withheld information from or misled her.

As she spoke, Renee Barrett and Alisha Aitken-Radburn mumbled to each other that Kiki seemed to have no idea that Ciarran had slept with Jessica Brody in Paradise, despite his suspected pact to meet up with Kiki in Fiji. Their whispering infuriated Ciarran, who became aggressive and unpleasant, calling them out as the others tried to calm him down.

Despite Renee's request that he leave it, Matt Whyatt decided to confront Timm for persistently sledging their relationship, calling him a "rat" and a "dog" for daring to date Renee, and the altercation descended to pushing and shoving, with other men breaking up the fight. "You're stealing your mate's missus and you're a dog," Timm said. "Everyone in Australia will see that you are a dog . . . You've got no mates here."

But Matt refused to be isolated in Paradise, pulling up Timm for seeming to try to turn other people against him. He asked the others to confirm that they don't hate him at all, as more and more men, including a still furious Ciarran got involved. "You're a f*ckhead!" Timm shouted.

Ciarran took the opportunity to call out Matt for "backpedalling" — it sounded like he had a conversation with Ciarran before Paradise where he promised to speak to him first if he was going to pursue Renee, but then didn't. But Matt insisted that he'd apologised for his actions, as Ciarran stood with his forehead against Matt's, before backing away and calling the other man a "pr*ck". And that was the point where security stepped in to finally end the fight.

It was a gross display of male aggression from all sides, that seemed to stem, yet again, from men's feelings of ownership over women — from Ciarran getting protective of Kiki and lashing out, and, at the same time, wanting to undermine his ex's shot at romance, with the full support of Timm, to Matt seeming to want to defend Renee.

People online were revolted by the juvenile nature of the fight, and disappointed that they were so smitten with Timm and Ciarran watching The Bachelorette: