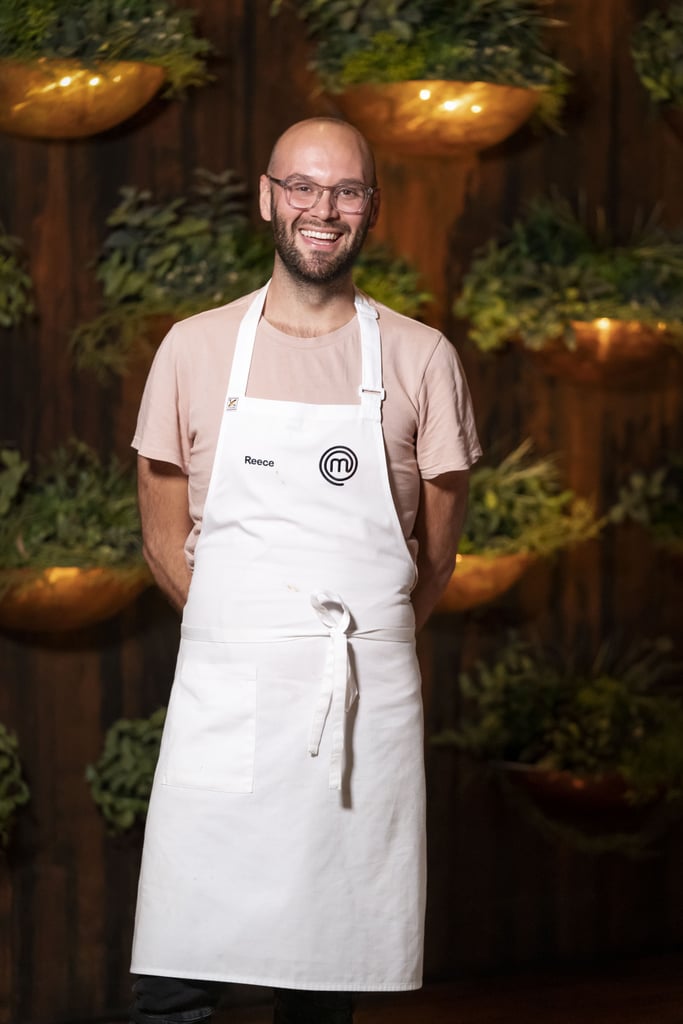 Reece Hignell won his second Immunity Challenge in as many weeks on Tuesday's MasterChef.

This past week has certainly seen the cake pro hit his stride in the competition, with his easy escape from elimination in last week's Jungle Curry Pressure Test, before two Mystery Box successes, and now two immunity wins.

Brendan Pang, Callum Hann, Tessa Boersma and Reece each nailed Monday's "golden" Mystery Box, earning their place in an Immunity Challenge which required the contestants to weigh up the worth of time compared to ingredients.

With 90 minutes to cook, the contestants had only pantry staples like eggs and flour to use in their dish. As time ran out, more groups of ingredients were revealed, with Reece choosing to cook first with 70 minutes to go, after adding gin and juniper, and orchard fruits to his arsenal. While he'd hoped to make a lemon tart, he wasn't waiting around to see if lemons might be under one of the cloths, and switched to a baked gin tart with a quince puree, ginger ice cream and juniper berry meringue.

During the cook, Reece spoke about starting to struggle mentally at this stage of the competition in season 10, where he placed sixth. But with his renewed confidence from last week, he's adopted a positive mindset as he moves into the latter stages of the game.

With an hour to go, and after grains became available, Tessa decided to make an "elevated" meat and three veg dish using rib-eye steak, beans and peas, that ended up overcooked. Brendan resolved to wait until herbs, and ideally spices, were up for grabs, but at 50 minutes decided he needed to get started — and he wasn't going to be using the just-revealed quail. Instead he made beef and coriander dumplings, but panicked about his lace tuille, which he feared was not going to cook in time. The lace tuille was cooked in time, but the dumplings themselves seemed rushed.

Callum was the last to start with just 45 minutes to go, when seafood became an option, and decided to create a mussels escabeche. His dish demonstrated that success in the challenge wasn't just about having the most time possible, but cooking creatively. He earned the judges' positive feedback when he managed to serve up something light, bright and clever — even without all the ingredients he'd usually use.

The judges commented on Reece's positive frame of mind when he presented his dish, after he talked about how the tart needed to be flawless to win him immunity. And it was his tart that won immunity — delicious, perfectly baked, artfully presented and complemented by a standout ginger ice cream. "Yay! Go me! Aww, I'm loving this!" Reece celebrated.

Celebrity Interviews
Emma Chamberlain Has a Message For Her Fellow First-Time Voters: "Go Do It"
by Karenna Meredith 22 hours ago

Celebrity Interviews
By a Show of Hands, How Many People Knew Tina Lawson's Maiden Name Is Beyoncé?
by Brea Cubit 6 days ago
Latest Celebrity
×