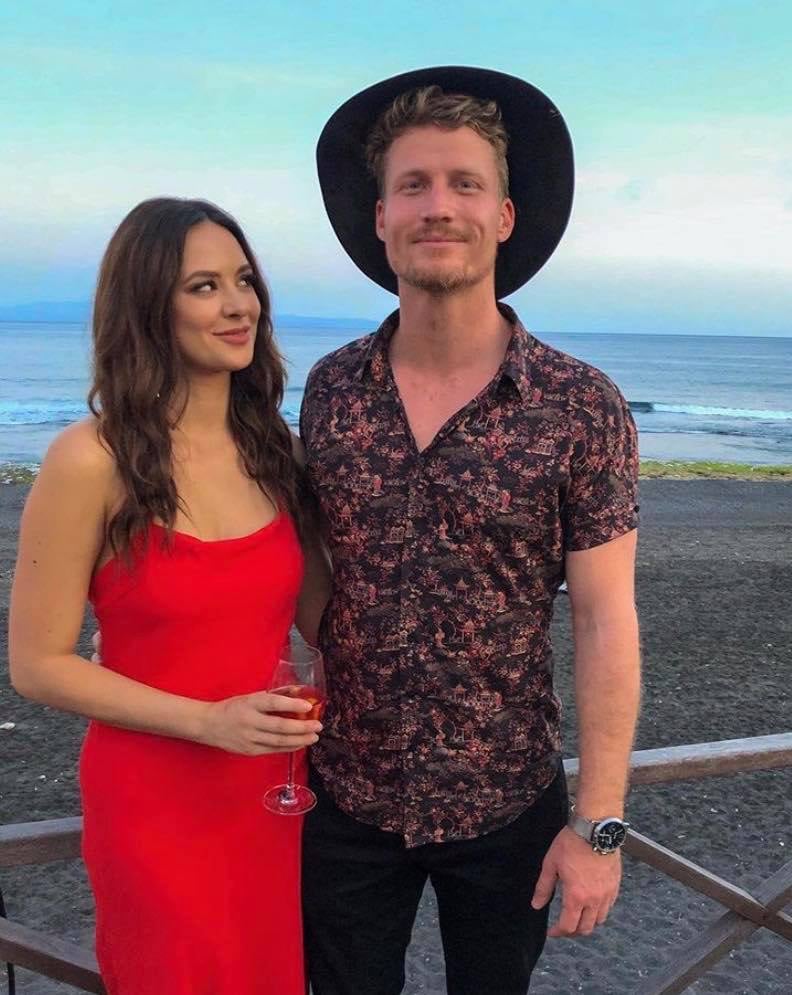 He may not have found lasting love through the Bachelor franchise, but it appears Richie Strahan is now officially off the market.

The former Bachelor leading man and Bachelor in Paradise contestant took to Instagram this morning to reveal his relationship with Perth woman Jenayah Thompson.

While it's not yet clear how long the pair have been together, it is evident they have already ticked off the relationship milestone of a romantic getaway. Revealing that the sweet snap was taken in Bali, Richie shared that they had attended a friend's wedding while there.

It seems Jenayah making her debut on Richie's feed did not go unnoticed, with his former BIP co-star Alex Bordyukov commenting "Instagram official??"

"What was that malarkey about never going public?" He added in jest.

After placing third on Sam Frost's season of The Bachelorette, Richie went on to become the Bachelor himself in 2016. There, he found love with Alex Nation, but the pair later split after about a year together. Memorably, they were reunited when they both appeared as contestants on Bachelor in Paradise in 2019, where Richie had a brief romance with Cass Wood.

Related:
The Aussie Bachelor Couples Who Have Tied the Knot So Far
Previous Next Start Slideshow
Join the conversation
TVBachelor In Paradise AustraliaThe Bachelor AustraliaAustralian TVReality TV
More from POPSUGAR
From Our Partners
Related Posts