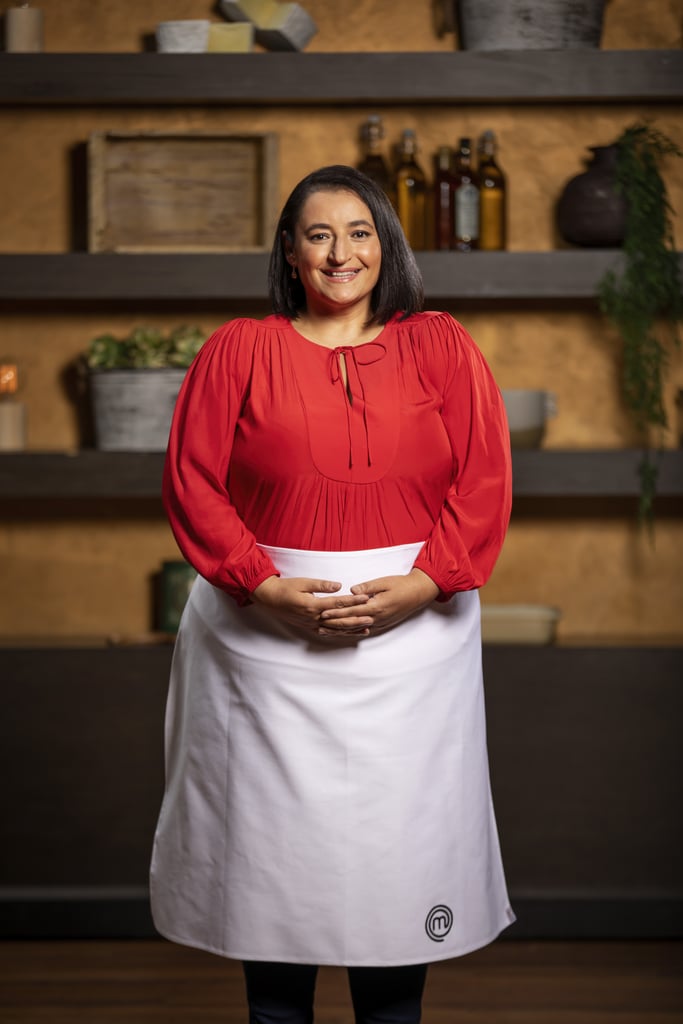 Rose Adam was the sixth person to leave MasterChef: Back to Win, after serving up a too spicy pasta dish from a restaurant with a 1600-person waiting list in last night's episode.

This whole week is set in the suburbs of Melbourne. Monday night's Team Challenge at a Thai restaurant saw a series of underwhelming mains deliver the Aqua team into tonight's Pressure Test.

The contestants assembled in chef and HR advisor Helly Raichura's frontyard — the home of her exclusive dining experience, Enter Via Laundry, which serves just 10 people a week an ethnic Indian degustation, featuring Australian produce and natives.

The first round of the Pressure Test was a Taste Test with the contestants noting down as many as possible of the 20 ingredients in Helly's Pasta Not Pasta dish in five minutes. The three with the lowest correct number of ingredients would then have to cook in round two.

While Tessa scored the highest and Poh Ling Yeow the lowest, Ben Ungermann, Rose Adam and Reece Hignell each scored the same in second last place. To whittle them down to two, they participated in a sudden death Taste Test, which saw Reece escape elimination, and Rose share her savoury snack with Poh.

Ben, Rose and Poh then had to recreate Helly's Pasta Not Pasta in 60 minutes, with an additional three minutes to plate up at the end. As Poh fretted about "finesse time", Rose worried about how fast the pasta dough set, as contestants watching on worried she'd made it too thin. Poh's dish was delicious and beautiful, but Rose's pasta was in fact too thin, and her sauce contained entire pieces of chilli, throwing it off balance. Oops!

Ben initially forgot the turmeric for his pasta, which ended up with a lumpy consistency after he stopped stirring it for a few moments. He decided to remake it, but then chose to serve up his original after passing it through a sieve — it proved to be "silky" and almost perfect, and saved him from elimination.

Tenth in season seven, Rose explained when she was eliminated that she's watched every season of MasterChef, and gushed about how amazing it was to make friends and connect with the other contestants, and see the new judges take over. "Life is so good outside of MasterChef. I'm going back to my beautiful cafe. I'm happy!," she said.

Read on for our interview with Rose:

TV
Why Eboni K. Williams Joining The Real Housewives of New York Is a Huge Deal For Bravo
by Maya Richard-Craven 4 days ago