TikTok is filled with throngs of spot-on celebrity impressionists, but Shubha Vedula just might be our favourite one to watch. The singer and American Idol alum — who goes by the artist name Shuba — quickly accumulated 1 million TikTok followers since joining the app back in March, and we have a feeling that's largely due to her impressive knack for mimicking the singing voices of famous artists. Seriously, close your eyes, listen to her belt out "God Is a Woman" below, and you'll be convinced it's Ariana Grande's clone.

One of Shuba's latest TikTok series involves singing Megan Thee Stallion's "Savage" while emulating different stars, from Celine Dion, Billie Eilish, Carrie Underwood, Amy Winehouse, and even Eminem. Yep, it's just as entertaining as it sounds. She told POPSUGAR she was inspired to use "Savage" in particular both because the anthem is so pervasive on TikTok and because its lyrics are influential AF.

"It's just so funny to think of Celine Dion singing that she's 'ratchet.'"

"Those words are so empowering, sassy, and unapologetic at the same time, and the flow is so easy to play with creatively," Shuba told POPSUGAR. "Also, it's just so funny to think of Celine Dion singing that she's 'ratchet.' I think it made sense since it was also a song people were already connecting with on the app, so they already knew what the original sounded like and how to dance to it."

Shuba, who's been singing since age 3, credits her chameleon-like voice to being raised as the youngest child in her family. "I did a lot of mimicking growing up to troll my siblings and family," she said. "I'm really sensitive to voices and watching how people talk and act . . . I just listen to artists really carefully and then try to project what I hear." Her whole singing career isn't just based on imitating others though — Shuba's got her own original sound, which landed her on season 12 of American Idol. She made it to the semifinals, and the whole experience gave her the confidence she needed to continue sharing her talent with the world.

For Shuba, TikTok is all about brightening the days of her followers — a goal she most certainly accomplishes daily. "I love to spread positivity in everything I make," she told POPSUGAR. "My singing can't cure cancer, but it can at least help someone escape for a little while when we live in such a crazy, high-energy world." If you're in need of said escape right now, read ahead to watch Shuba's best singing impression videos to date, and be sure to follow her on TikTok (@tiktokbrownchick) and Instagram (@shubamusic) for more A+ content in the future. 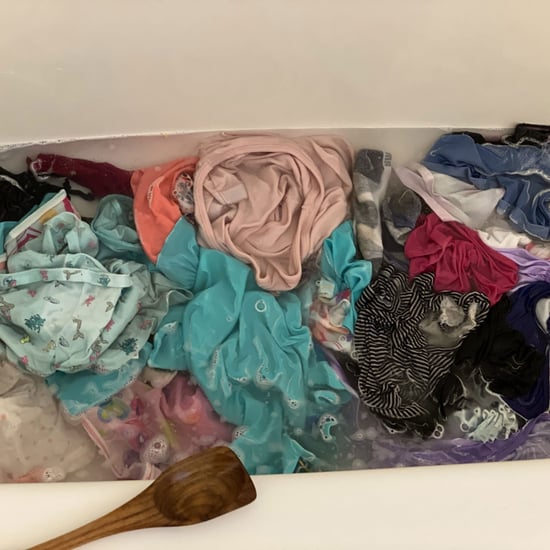 TikTok
I Tried This TikTok Hack to Test How Clean My Clothes Are, and I'll Never Look at Them the Same Way Again
by Marisa Hillman 1 day ago

Music
Beyoncé Just Dropped the Deluxe Edition of The Gift, and BRB, We've Got Some Listening to Do
by Monica Sisavat 9 hours ago