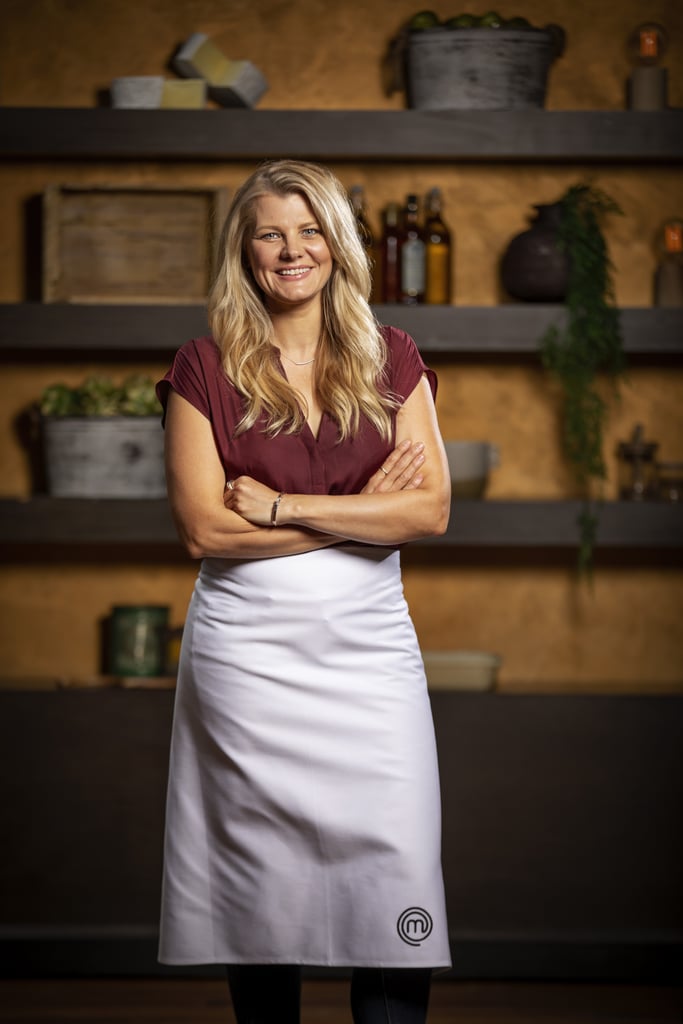 Tracy Collins was eliminated from MasterChef: Back to Win last night during a two-round fish challenge, overseen by Saint Peter's Josh Niland.

The first round of Elimination was Name That Fish, where the first five people to name the incorrect fish would cook in the second round. Tracy was sent to round two by guessing a Murray cod, joining Khanh Ong, Emelia Jackson, Reece Hignell and Laura Sharrad.

Then Josh, also a sustainable fishmonger, cut up a kingfish into parts — each contestant had to choose a cut of the fish to cook in 60 minutes. Tracy chose the double cutlets, and made a Spanish-inspired Kingfish with Chorizo and Sweet Corn. But unfortunately her fish was overcooked and not stylishly presented, with a sauce lacking in acidity.

Laura's Kingfish Tail with Smoked Pipi Broth, Crème Fraiche and Wakame Oil impressed the judges — although they were disappointed she didn't use the whole tail. Meanwhile a nervous Khanh revisited Canh Chua Ca, the Southern Vietnamese Sour Fish Soup which saw him eliminated from season ten, and was redeemed.

Coming up against Reece and Emelia in the bottom three — both Emelia and Reece's kingfish was also overcooked — fifth on season six, Tracy, was sent home because of the two other faults in her dish.

After Melissa told her that she's not only a great cook but a "truly, truly beautiful person", Tracy teared up talking about how returning to MasterChef helped her to grow as a person, and how much she treasured the experience and meeting her fellow contestants.

Read on for our interview with Tracy: