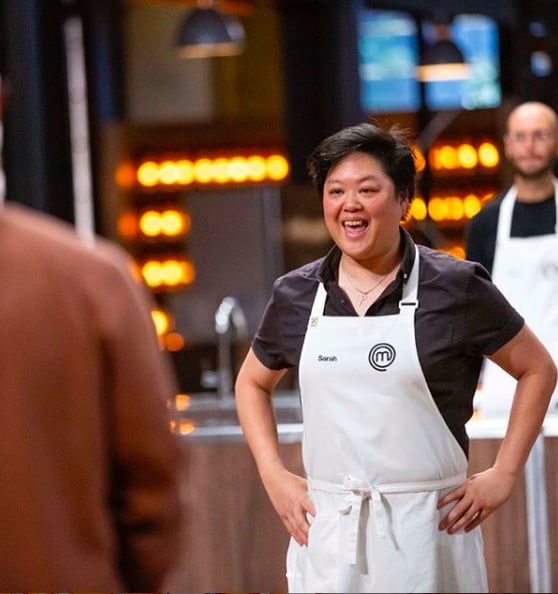 Going into last night's MasterChef, we knew we'd be losing a fan favourite. Whether you love Reece and his Katy Perry-approved cakes, Poh's chaotic energy, Brendan's sweetness, or Sarah Tiong's boundless enthusiasm, one of them was headed home.

The Pressure Test from Chin Chin's Benjamin Cooper was to recreate his Jungle Curry with Roti and Rice in 90 minutes — without a recipe.

But after burning her curry paste as she cooked it in pork fat, Sarah found herself without enough leftover to create a thick enough curry. In a test based on instincts, Sarah struggled to figure out the process behind Benjamin's layered, chilli-laden dish.

It's not the first time we've seen Sarah struggle in a Pressure Test, after she came close to being sent home, thanks to Peter Gun's tempered chocolate Black Box dessert.

But we've also seen her reach great heights on MasterChef, winning an early Immunity Challenge with her lemongrass and coriander beef.

Related:
This Deep-Fried Broccoli Po' Boy From MasterChef's Simon Is a Reminder That Vegetables Do Taste Delicious

What we know for sure is that Sarah's optimism and passion for southeast Asian cuisine will be missed.