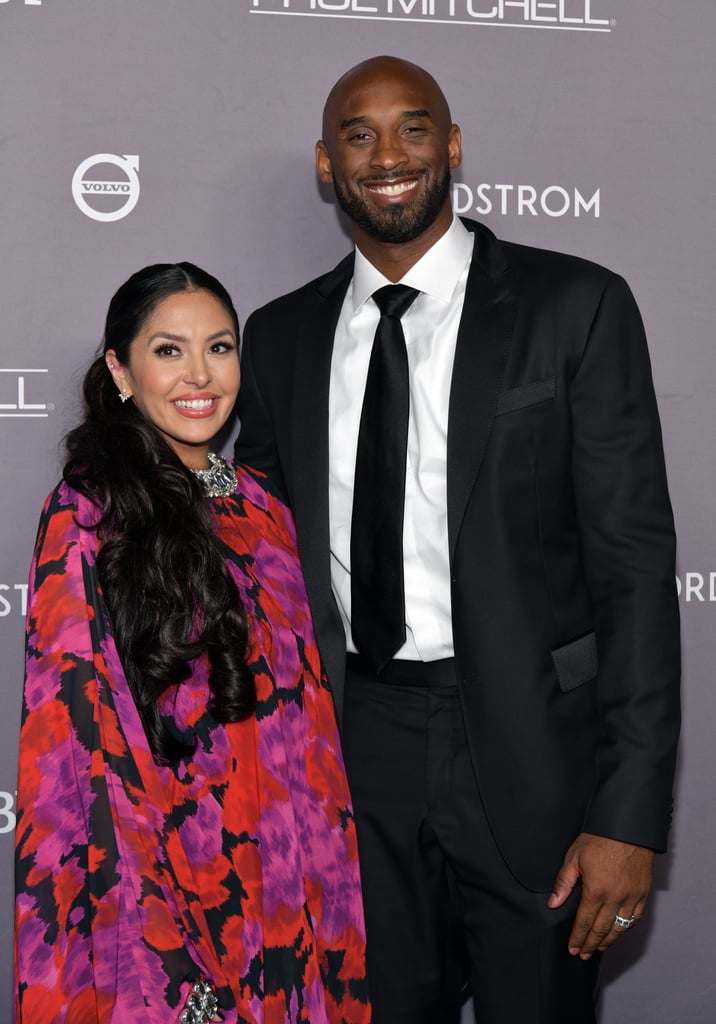 Vanessa Bryant is commemorating a special milestone with her late husband, Kobe Bryant. On Saturday, she honoured what would have been their 19th anniversary, sharing a throwback photo of her and Kobe cuddling up together. "My king, my heart, my best friend," she wrote in the heartfelt Instagram post. "Happy 19th wedding anniversary baby. I miss you so much. I wish you were here to hold me in your arms. I love you. ❤️"

She also shared a clip of Kobe talking about his love for her in an old interview with MTV News. "You know, it's hard to pinpoint what exactly makes a person the one for you, but you just know," Kobe says in the video. "Love is a funny thing. I can't explain it and I don't understand it. All I know is, she caught my heart and I just knew that she was the one." The legendary athlete met Vanessa on the set of a music video in 1999. The two tied the knot on April 18, 2001.

Vanessa's tributes come nearly three months after Kobe and their 13-year-old daughter, Gianna, died in a helicopter crash. A public memorial service, where Vanessa delivered a moving speech, was held on Feb. 24. In addition to Vanessa, the NBA legend is survived by their three other daughters, Natalia, 17, Bianka, 3, and 9-month-old Capri.

On April 17, Gianna and her basketball teammates who died in the crash — Alyssa Altobelli and Payton Chester — were named honorary draftees during the WNBA's virtual draft. WNBA commissioner Cathy Engelbert also announced a new award in honour of the former Los Angeles Lakers player and his daughter, titled the Kobe and Gigi Bryant WNBA Advocacy Award. According to the league, the prize will be given to someone who "has made significant contributions to the visibility, perception, and advancement of women's and girls' basketball at all levels." After the ceremony, Vanessa penned a special note to Gianna on Instagram, writing, "I'm so proud of you, Gigi. God I miss you baby." Ahead, read Vanessa's touching anniversary posts for Kobe.

Antiracism
Dwayne Johnson Seemingly Calls Out President Trump in Impassioned Video: "Where Are You?"
by Monica Sisavat 1 day ago

black women
Naomi Ackie Powerfully Reacts to BAFTA Nod: The "Embracing of Joy Is a Small Act of Rebellion"
by Brea Cubit 1 day ago

Antiracism
In a Powerful Moment, Amber Riley Led a Sing-Along to Beyoncé's "Freedom" at an LA Protest
by Monica Sisavat 2 days ago

Celebrity News
Lizzo Has an Important Message For Fans: "As Long as You Stay Silent, You Are Part of the Problem"
by Yerin Kim 4 days ago

US News
Beyoncé Speaks Out About the Death of George Floyd: "We Cannot Normalise This Pain"
by Monica Sisavat 5 days ago

Summer
Kylie Jenner's Lime-Green Coat Is Eye-Catching, but How Cute Are Stormi's Sneakers?!
by Nikita Ramsinghani 1 week ago
Latest Celebrity
×