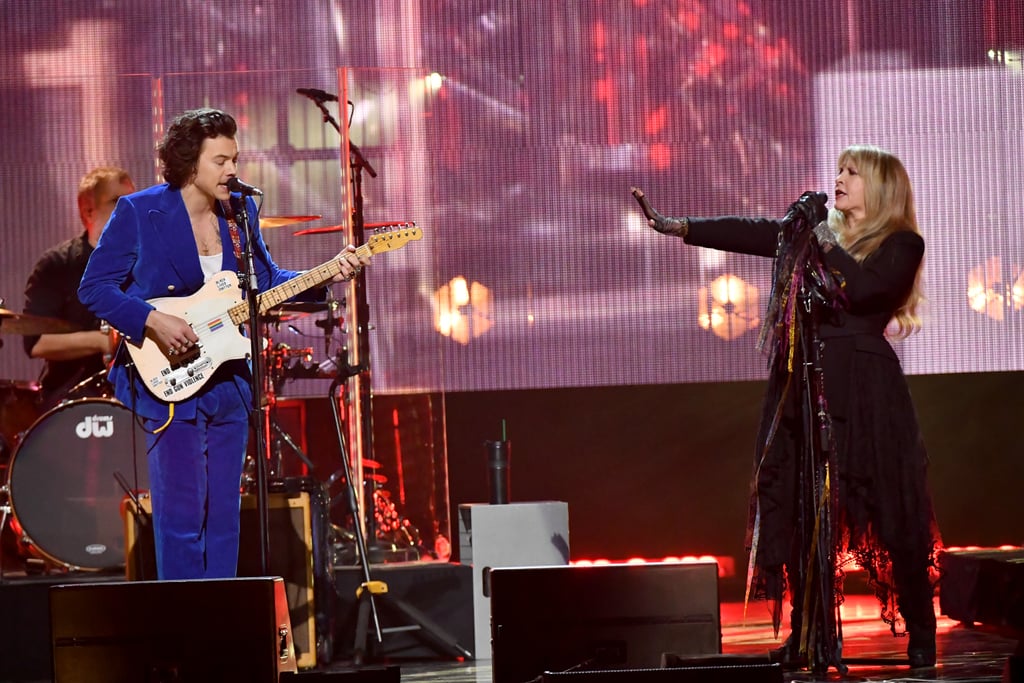 The friendship between 25-year-old Harry Styles and 71-year-old Stevie Nicks is not one that we ever expected, but is something that has nestled deep into our hearts as simply beautiful. Dramatic? Maybe. True, though? Definitely. The former One Direction star and the Fleetwood Mac leading lady forged a friendship of sorts a few years ago, and since then, they both have gushed about the other on numerous occasions — Styles called Nicks one of his musical heroes and Nicks referred to Styles as her muse.

Their friendship doesn't stop at just praising each other, though. No, these two have now taken to popping up at each other's events to duet, and we are here for it every single time. It all started when Styles announced a pop-up show at The Troubadour in LA to promote his debut album in 2017. Nicks showed up and sang two of her hits, "Leather and Lace" and "Landslide," with him, actually bringing him to tears.

Styles has since joined Nicks and the rest of Fleetwood Mac at the Recording Academy MusiCares Person of the Year ceremony in 2018, as well as at Nicks's Rock and Roll Hall of Fame induction in 2019. The two even entertained guests at the latest Gucci Cruise fashion show afterparty in Italy this year.

I feel pretty confident these two will continue to grace us with duets, and who knows, maybe we'll get an original song from the pair in the not-so-distant future. In the meantime, check out all the times Styles and Nicks have performed together in the gallery ahead.

Music
You May as Well Start Listening to JP Saxe Now, Because He's About to Be a Huge Deal
by Hedy Phillips 2 hours ago 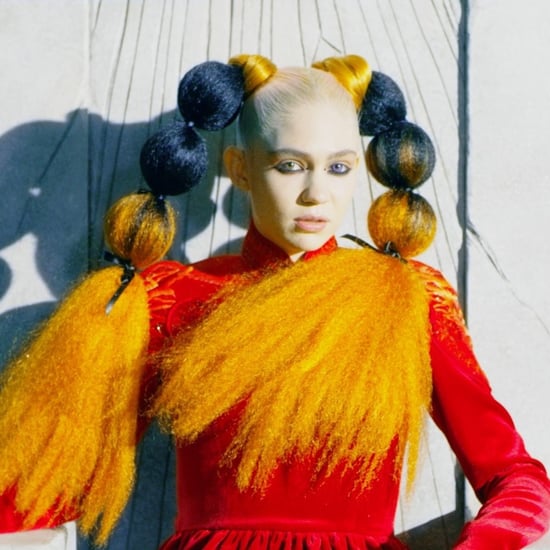 Music
Grimes's New Album, Miss Anthropocene, Gets An 8.2 Rating, and Twitter Is Going Off
by Kara Kia 4 days ago

Music
PSA: Niall Horan Has Announced an Australian Tour in September!
by Hannah-Story 1 day ago

Music
Harry Styles Teases the Video For "Falling," and My Heart Isn't Ready
by Monica Sisavat 1 day ago

Music
Sebastián Yatra and Reik Were So Excited to Win a Premio Lo Nuestro, They Literally Rolled on the Ground
by Maria G. Valdez 4 days ago
Latest Celebrity
×