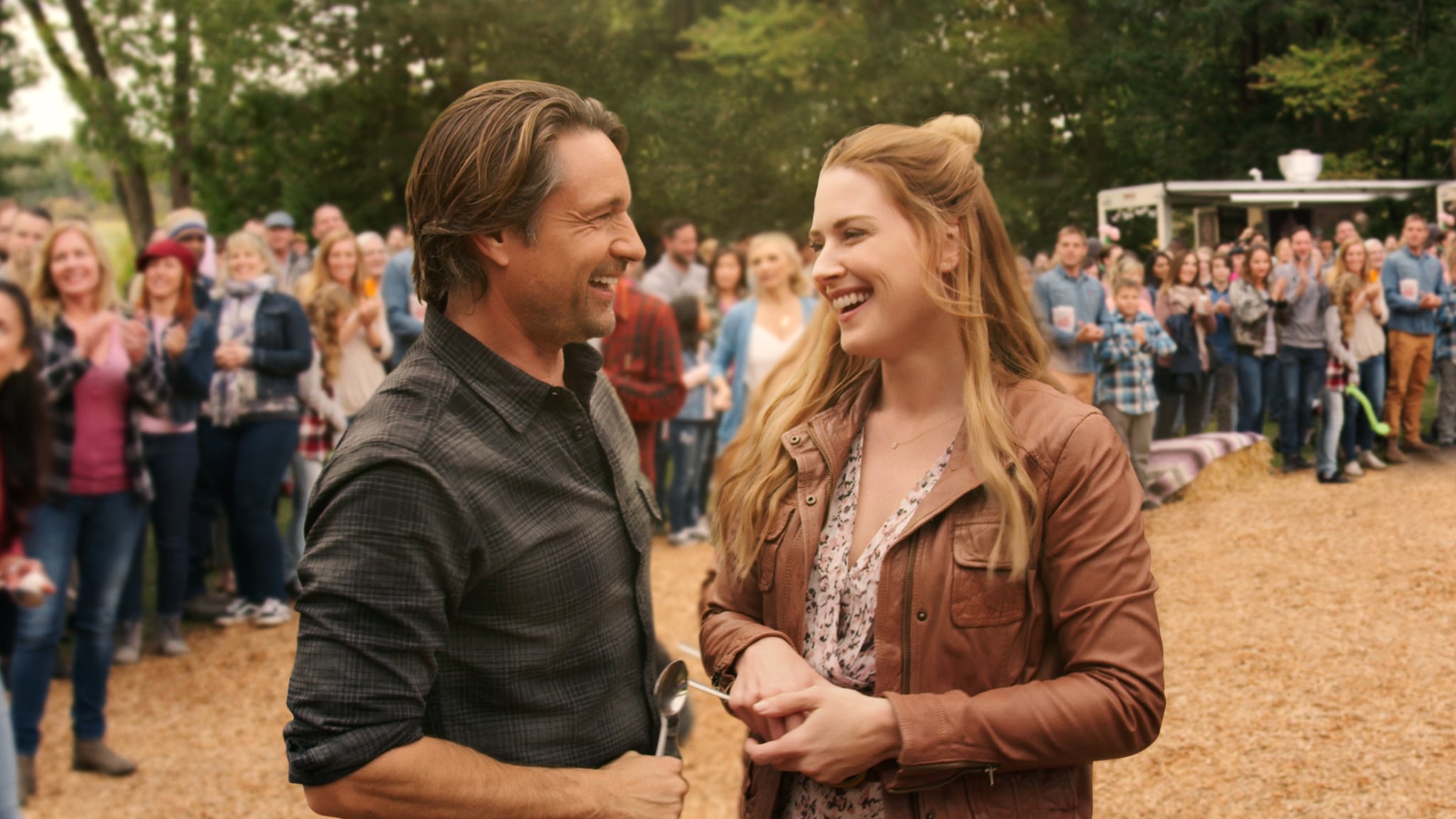 The romantic drama Virgin River was a hit for Netflix in its first season, and not only do we know season two is on the way, we have a release date! The new batch of episodes will drop on Nov. 27, the Friday after Thanksgiving. Although there hasn't been a ton of press about what season two will entail, here's what we do know.

There's plenty of material for a second season of Virgin River to work with. The series is based on a bestselling contemporary romance book series by Robyn Carr, which includes more than 20 books in all. At the centre of the stories' universe is nurse practitioner Melinda Monroe (played by Alexandra Breckenridge), who moves to the small town of Virgin River in hopes of a fresh start. Of course, it wouldn't be a drama series if things were that easy. Along with Breckenridge, the series cast includes Martin Henderson, Annette O'Toole, Tim Matheson, Lauren Hammersley, Jenny Cooper, Daniel Gillies, and Colin Lawrence. The first season had ten episodes, which has become a pretty standard episode count for many Netflix originals; it has not yet been announced how many episodes will be in season two.

Movies
Mank: See How the Actors Compare to the Real Hollywood Insiders
by Stacey Nguyen 34 minutes ago

Movies
How Much of Netflix's Mank Is a True Story? Here's the Deal
by Stacey Nguyen 4 hours ago