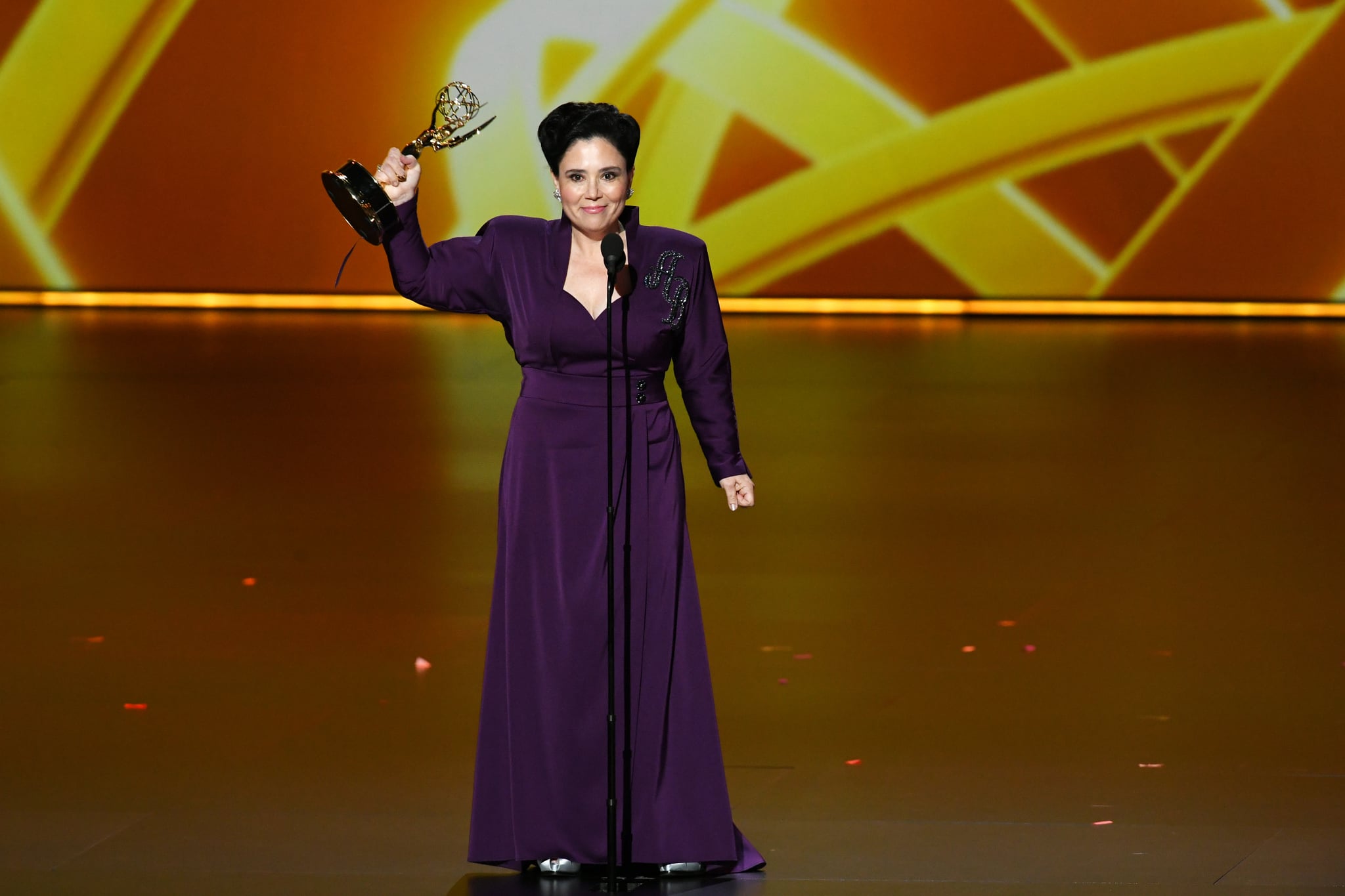 We already know Alex Borstein deserves all the accolades for her role as as Susie Myerson on Amazon's The Marvelous Mrs. Maisel, but damn do her Emmys speeches deserve their own wins.

The actress won outstanding supporting actress in a comedy series for the second year in a row and though she started off by joking about upsetting viewers with her braless appearance at last year's Emmys, she wrapped up her speech with a rousing call for action.

The Emmy winner dedicated her awrd to "the strength of a woman," thanking show creator Amy Sherman-Palladino, as well as the other women on the Mrs. Maisel cast before she went on to thanking her mother and her grandmother. "My grandmother was in line to be shot into a pit and she turned to a guard and said, "What happens if I step out of line?" He said, "I don't have the heart to shoot you, but someone will." And she stepped out of line," she revealed. "For that I am here and my children are here. So step out of line, ladies. Step out of line."

Watch her speech ahead, and then check out the rest of the night's winners.

"STEP OUT OF LINE LADIES" - alex borstein.. that's how you do an acceptance speech! pic.twitter.com/1ysV8xFl36