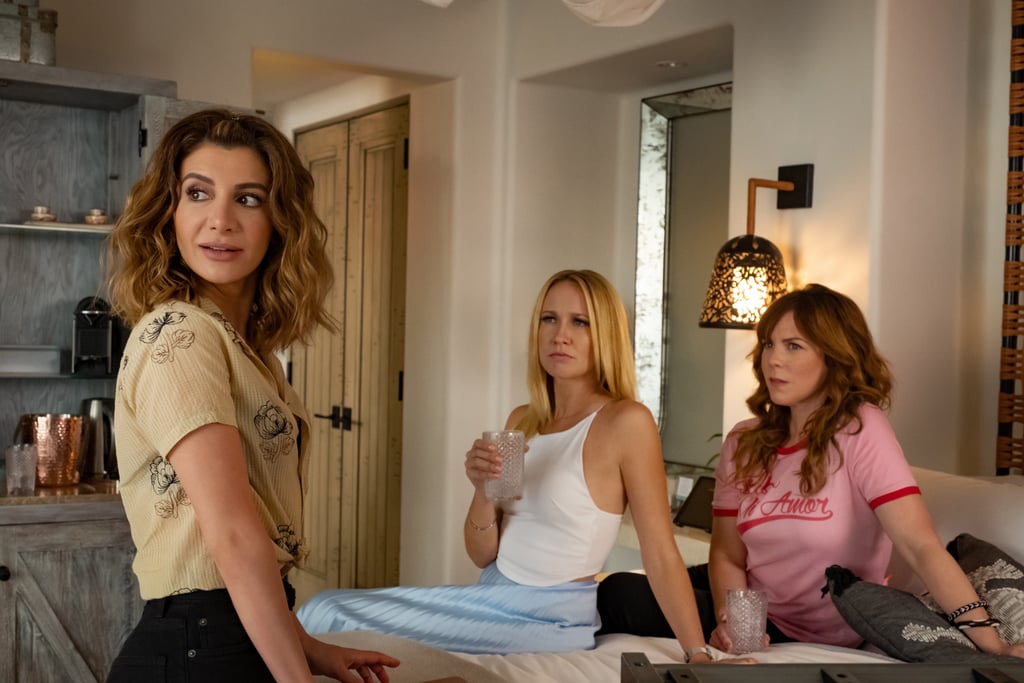 Exclusive: Netflix's Desperados Has It All: A Girls' Trip, Exes, and a Really Ill-Advised Email

It's safe to say we've all had a moment where we sent a message we didn't mean to, or more aptly, one we shouldn't have sent and wanted desperately to take it back, but Netflix's upcoming Desperados takes that experience to a whole new level — a level that we recommend no one attempts themselves!

Led by Saturday Night Live alum and Aladdin's breakout star Nasim Pedrad, the movie follows a panicked young woman and her two best friends (Anna Camp and Sarah Burns) as they fly to Mexico to delete a ranting email she sent to her new boyfriend. How, exactly, they hope to achieve that will no doubt lead to hilarity, but that's not even the best part. When they arrive in Mexico, they run into her ex-boyfriend, played by New Girl's Lamorne Morris, who quickly gets caught up in their scheming. We're pretty sure it's a terrible idea to let your former beau help with any shenanigans that regard your current paramour, but we're down to see how this plays out!

In our exclusive first look at the film directed by LP, we get a glimpse of the trio, as well as Morris and other film stars Robbie Amell and Heather Graham. We don't doubt the film will be hilarious since the cast is full of comedic actors, but the looks between Pedrad and Morris are giving us some strong pining vibes that we can 100 percent get behind. The pair have played a couple before, with their characters winding up married with children in New Girl, so we already know they have chemistry!

Keep reading to get a full look at the film, coming soon to Netflix in Australia.

Related:
Need a Good Laugh? These 30 Female-Led Shows on Netflix Are an Ab Workout
Previous Next Start Slideshow
Exclusive: Netflix's Desperados Has It All: A Girls' Trip, Exes, and a Really Ill-Advised Email originally posted on POPSUGAR Entertainment
Join the conversation
MoviesNasim PedradWomen Of ColorNetflixRobbie AmellAnna CampRomantic Comedies
More from POPSUGAR
From Our Partners
Related Posts

Music
Wondering Why You Recognise That Scary Music in Ratched? It's Pulled From a Classic Thriller
by Hedy Phillips 16 hours ago

TV
Netflix's Ratched Takes Place in Lucia, CA, but the Depiction Differs From the Real-Life Town
by Brea Cubit 17 hours ago

Movies
Shrouded in Mystery, Antebellum Bungles Its Setup and Miserably Fails Its Twist Ending
by Grayson Gilcrease 17 hours ago