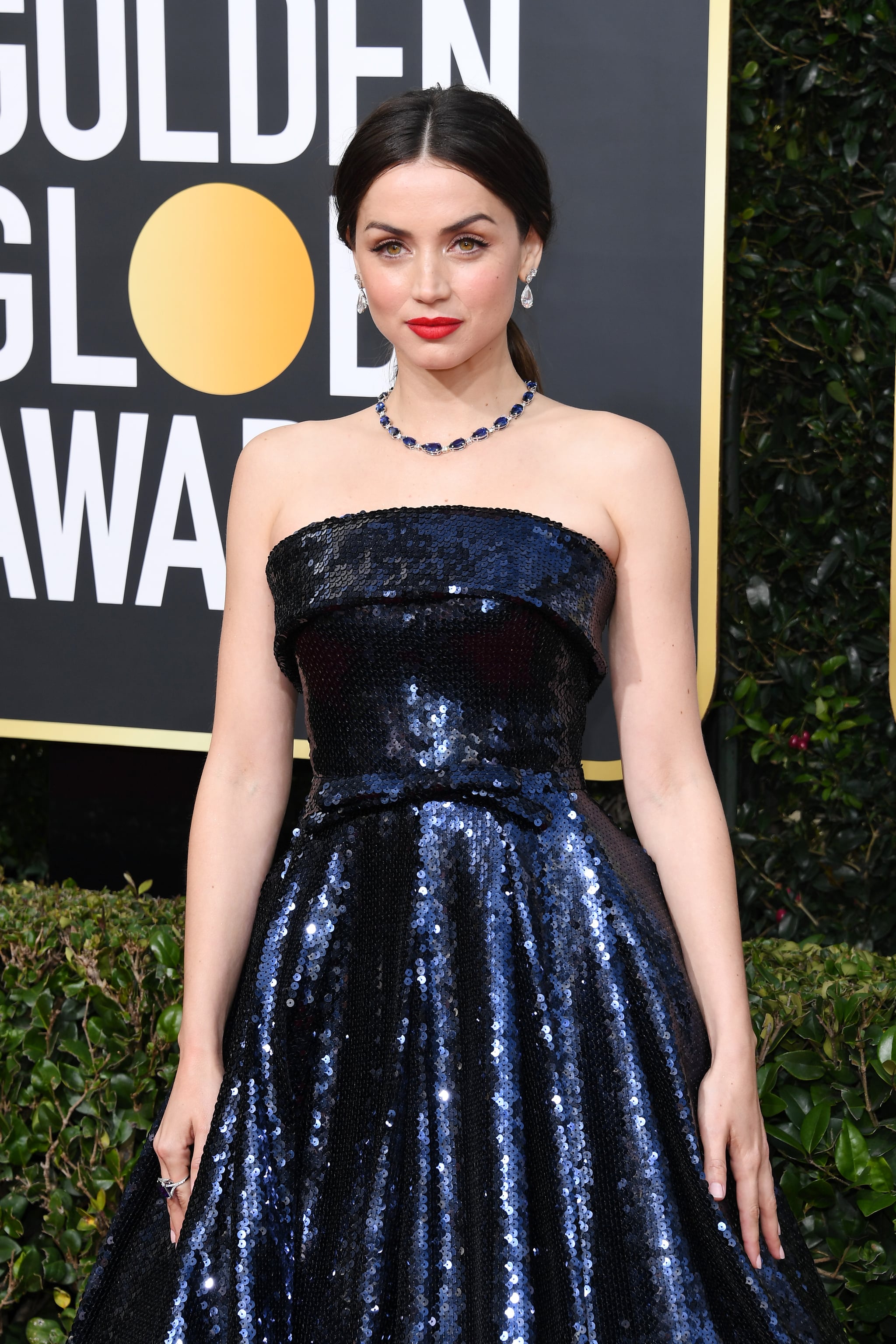 Not much is known yet about Paloma, the newest Bond girl debuting in No Time to Die, but even less is known about the hottie playing Paloma — at least when it comes to her love life. Since her breakout role in Blade Runner 2049, 31-year-old Cuban-Spanish actress Ana de Armas has starred in The Informer and Knives Out, among others, but even as her celebrity grows, she tends to remain just as tight-lipped about who she's dating. That hasn't stopped people from speculating, however. It's even rumoured that Ana is getting cosy with one of her most recent costars — and no, we're not talking about Daniel Craig.

Related:
Ana de Armas Looks Happiest in a Swimsuit — Her Instagram Proves It

As well as landing the role of Marilyn Monroe in the forthcoming biopic Blonde, Ana is currently filming Deep Water, an erotic thriller based on the novel of the same name by Patricia Highsmith that's due out on Netflix in November. In the movie, she and Ben Affleck play Vic and Melinda Van Allen, a husband and wife who resort to dangerous mind games to keep their marriage interesting — but supposedly, Ana has no problem keeping Ben's interest on set. According to a source for Life & Style, Ana and Ben's onscreen relationship may have turned into an IRL connection. At this point, however, it's nothing more than heresay.

Ana has had romantic relationships in the past that are more than just rumours. She and Spanish actor Marc Clotet got married in 2011 after a whirlwind courtship, but they divorced in 2013, and soon after, Ana moved from Spain to LA. In 2015, Ana was also linked to talent agent Franklin Latt, though she has since deleted any pictures of the two of them together from her Instagram. Most recently, Ana appeared to be dating Cuban artist Alejandro Piñeiro Bello, as he's made frequent appearances on her Instagram since November 2017, when she posted a cute selfie of them together. However, the last picture Ana posted with Alejandro was back in July 2018, so perhaps there is some truth to these Ben rumours after all. Let's just say that — if these two are an item — we totally ship it.

Sarah Levy
Who Is Sarah Levy Dating? She's in a Serious Relationship
by Corinne Sullivan 5 days ago