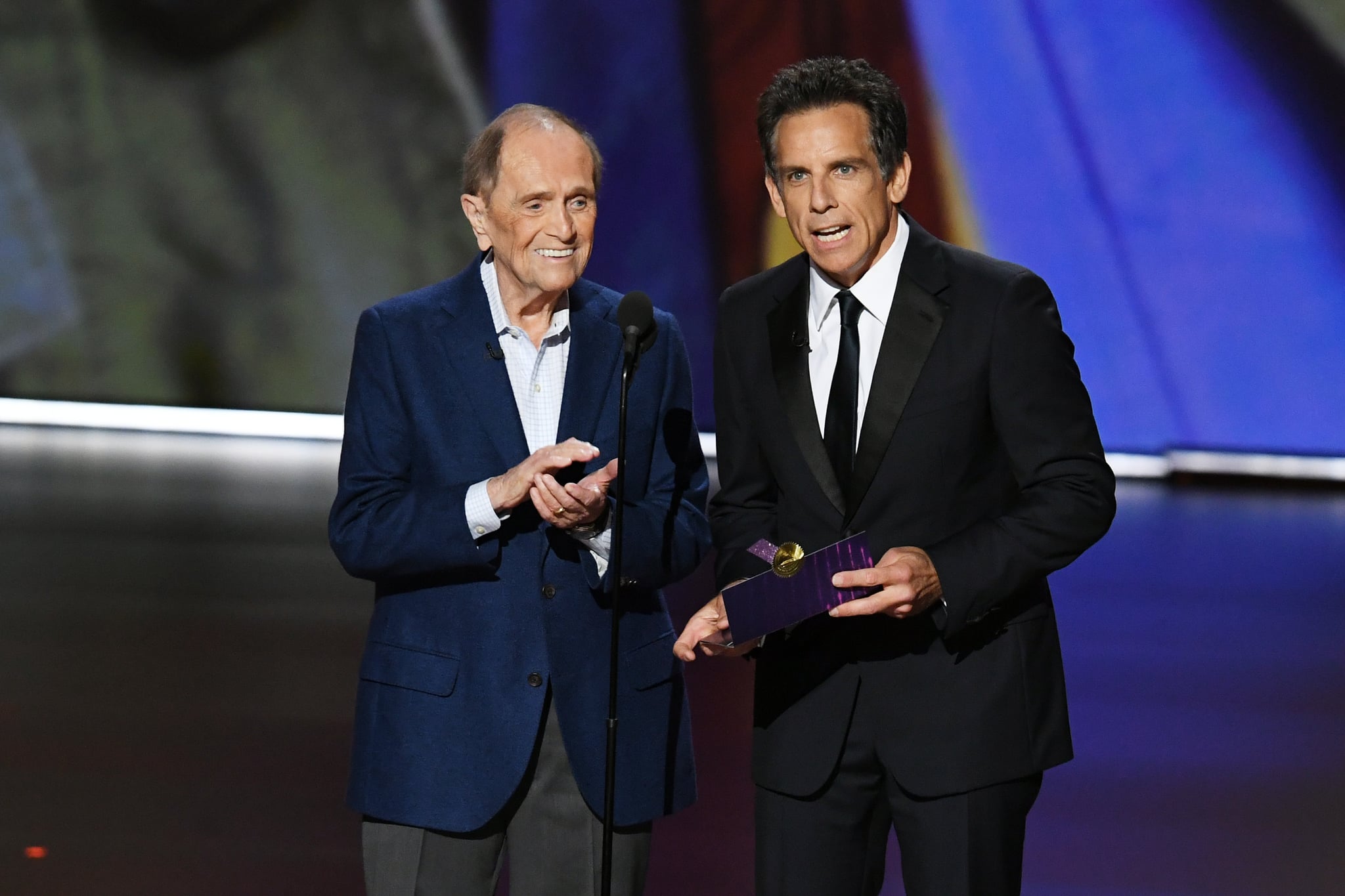 In one of the very first hilarious bits at the 2019 Emmy Awards, Ben Stiller popped out, guiding the audience through a lineup of wax figurines of past comedy legends: George Burns, Lucille Ball, and Bob Newhart — only Bob Newhart is actually the live-in-the-flesh Bob Newhart. The two of them went on to present the first category of the night, best supporting actor, but not before the very much alive Newhart throws sharp zingers at Stiller for thinking that he was dead.

Now 90 years old, Newhart has had an extensive and illustrious career. He made a name for himself in the '60s with his comedy album The Button-Down Mind of Bob Newhart, which remains one of the bestselling comedy albums ever created. The album won a Grammy in 1961 for album of the year. Over the years, the comedian would be known for the combination of his trademark deadpan, stammering, and timing among comedy enthusiasts.

In the '70s, Newhart landed The Bob Newhart Show, a CBS live-audience comedy in which he plays a Chicago psychologist. The show had a great run, lasting from 1972 to 1978. You might also recognise Newhart from classics such as the Christmas movie Elf, in which he plays Papa Elf, and the Disney favourite The Rescuers, in which he voices Bernard. There was also a big Emmys moment for Newhart in 2013 — he won his first Emmy for a guest appearance as Professor Proton in The Big Bang Theory.

Newhart hasn't done many TV and movie gigs lately, but with the wonders of the internet, there's definitely a chance for you to stream his acclaimed The Button-Down Mind of Bob Newhart comedy album (on Apple Music) and his '70s series The Bob Newhart Show (on Hulu)!

Award Season
Tyler Perry's Emmys Speech Had a Powerful Message: "We Are All Sewing Our Own Quilts"
by Grayson Gilcrease 4 days ago