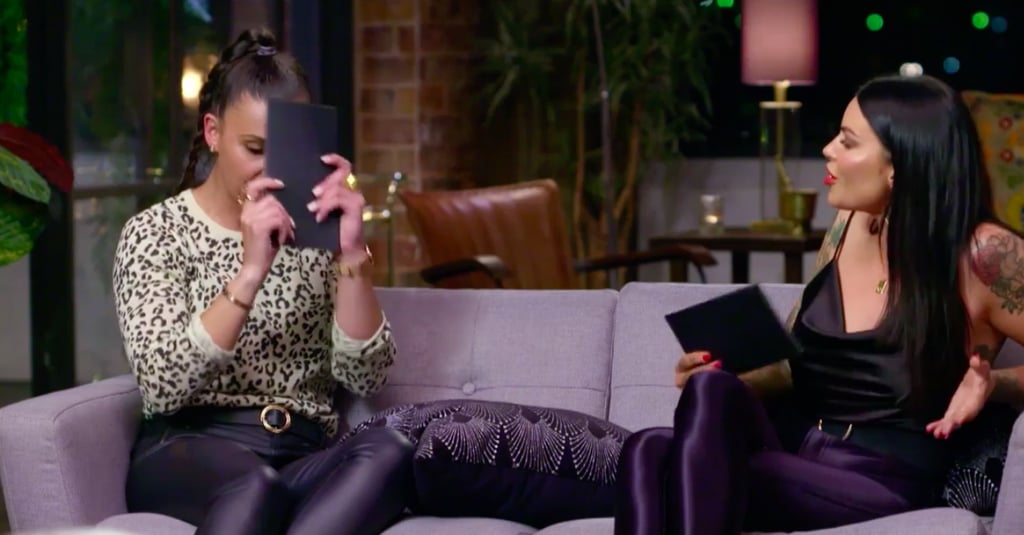 Last week, Amanda and Tash aired all their grievances at the first Married at First Sight commitment ceremony. The next day, moving in to each other, Amanda felt that she'd been heard, while Tash felt like her feelings had been dismissed. After yet another fight, the women brought in John to tell them what to do, and he suggested they take time alone instead of fighting, and then come back to discuss their issues calmly. He told them to have fun with each other.

So this week they shared a vegan meal together, and went to mini-golf. Tash thought they were working at a friendship, but Amanda had a different idea of the scenario, choosing to turn up to the dinner party alone, and spend the entire event telling the others about how she had been mistreated. And that pissed Tash off.

Coming into the commitment ceremony on episode 13, it's clear they'd both resolved to leave the "experiment". Tash was bored with repeating the same argument over and over. Amanda was tired of feeling rejected, of trying to date someone who so clearly doesn't want to be with her. But she's OK with the fact this experience has been a "monumental disappointment" and will learn from the failure.

They had another fight on the couch, Amanda saying that no one else had tried to cut and run, because relationships are harder than that. So Hayley interrupted, saying that David also tried to leave, but was convinced to stay. She saw herself as a shining example of how you can get through it.

Of course, that riled up Amanda: "This is our fuckin' fight now, and with all due respect, pipe it." "I'm not interested in fighting," Tash mumbled. Hayley only stops talking when Amanda yelled, "Now shut the fuck up."

Tash explained the small ways she did in fact make an effort, even if Amanda disagreed. "I wanted to at least get back to a friendship." She readsa letter to Amanda out, where she thanked her, and concluded, "All I want is for us to hold nothing but kindness for each other." Some of the other couples, Amanda and Tash teared up.

After they revealed their inevitable matching "Leave" votes, Amanda spoke seriously about being the first lesbian couple on Married at First Sight, "This relationship has not been a representation of what gay relationships are really like . . . I'm sorry that this didn't do the gay community justice this time around."

Amanda and Tash are the only couple to get to leave Married at First Sight's second commitment ceremony, with both Mishel and Mikey trapped in the "experiment" against their will for another week.

The Voice
Wondering Why You Recognise Some of The Voice Contestants? It's Because They're All Stars
by Hannah Story 45 minutes ago

Locky Gilbert
Apparently The Bachelor Has Been Filming Group Dates Over Zoom . . . Which Sounds Like a Great Idea
by Hannah Story 4 hours ago