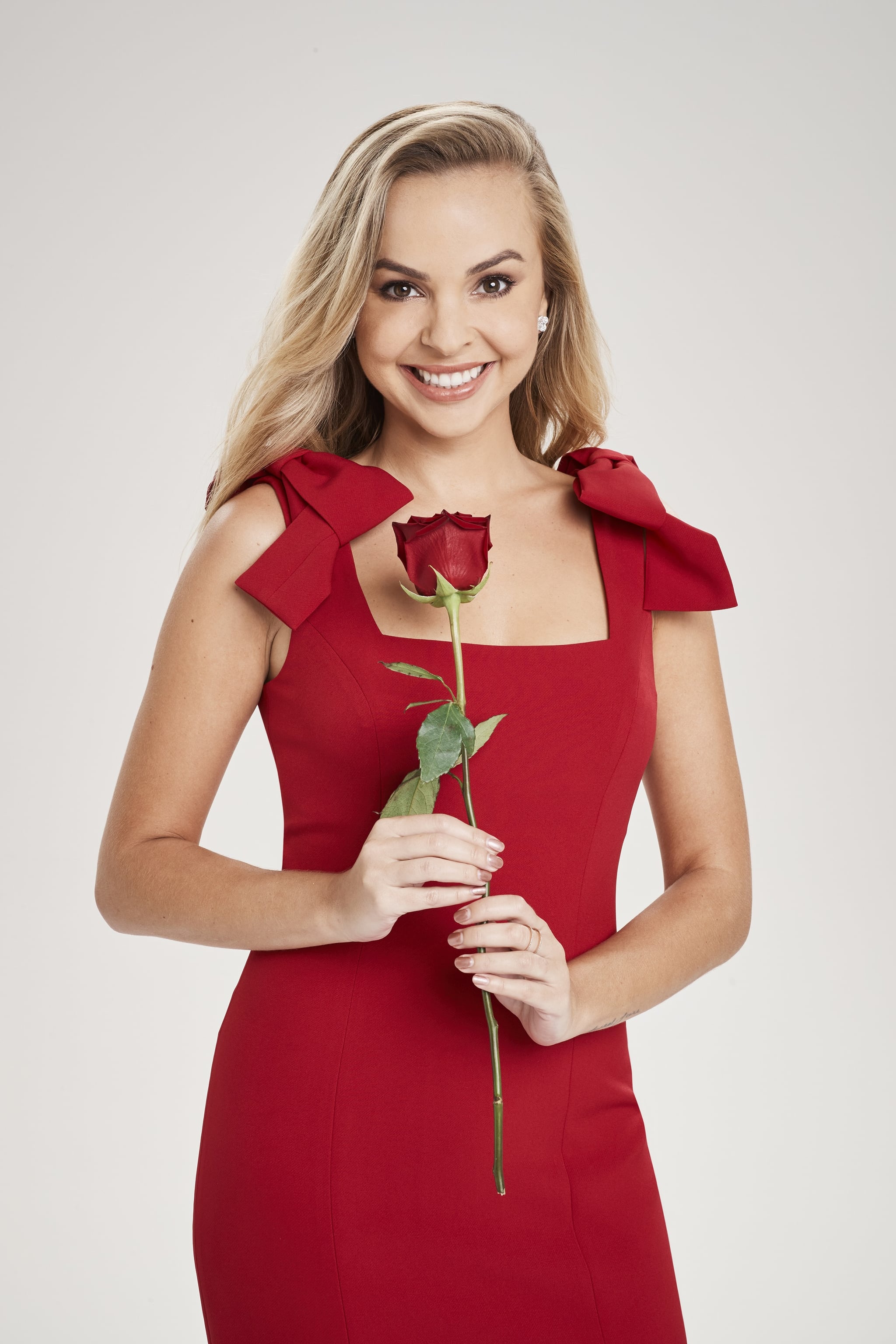 The rumour mill is in overdrive as to who wins Angie Kent's heart. With so much speculation regarding the future winner, it can be hard to discern which clues to take seriously, and which to dismiss. But, fear not, as I am here to round up the most legitimate ways of spotting a potential winner, even as early as two episodes in.

While I can't promise my predictions will eventuate, I do consider myself a fully-fledged Bachie expert due to my many years as a super fan. In fact, I have correctly guessed the winner of every season of The Bachelorette so far. Furthermore, the only season from the entire Bachelor universe where I didn't guess the winner ahead of time was Nick Cummins' for, well, obvious reasons. At this stage, I can confidently say I am at least 90 per cent sure of who Angie chooses. So, without further ado, here are the top tips for sniffing out a (probable) winner.

Related:
Everything You Need to Know About Bachelorette Angie Kent

-Promotion Prior to Show Premiering

Clues as to the eventual winner of The Bachelorette begin dropping before the season has even premiered. One of the tell-tale signs as to how big of a role a contestant will play in their season is whether or not they are promoted individually. Each year, all the frontrunners (and often some villains too) are given their own unique promo that is separate from the announcement of the entire cast. This signifies to the viewer that this contestant is someone they should be their eye on, whether for good or bad reasons. This year, the four contestants who received their own individual promo were Timm, Ciarran, Jamie and Carlin.

Although song selection may seem relatively random at first, closer inspection reveals that there is a pattern as to the songs that are played during scenes with the eventual winners. Each premiere episode, music plays a large part in signalling how we as the audience should feel about the contestant who has just been presented to us. There are songs that repeatedly appear in the background the first time the Bachelorette meets a villain, the first time she meets a 'comic relief' contestant, reveals and, you guessed it, the first time she meets the winner. The eventual winner will always receive a soft, romantic, distinctive backing track that signifies the important role they will play in the season. While the winner is usually not the only person to receive such music, paying attention to it can at the very least reveal the frontrunners. This season, only two contestants' first meeting with Angie featured a gentle backing track: Timm and Carlin.

Another tell-tale sign evident from the first episode is how the winner's first meeting with the Bachelorette is depicted. If their first meeting is shown in great detail with that distinctive backing tune, then the contestant is most likely at least going to make it to hometown visits. However, if that meeting is relegated to a montage, rather than in an individual segment, then it is probable said contestant doesn't win. However, Taite, the most recent winner of The Bachelorette, was shown meeting Ali in a montage. This means this theory is not 100 per cent foolproof. Having said that, it has been accurate in every other season, and it is how I determined Matty J did not win Georgia love's heart well ahead of time.

Ah, certainly the least subtle of all sleuthing methods, but probably the least subjective. Each year, for whatever reason, the winner of the season is made obvious by how likely they are deemed to be the winner by betting site Sportsbet. So far, there has never been a year where the actual winner has not been the favourite to win on Sportsbet for at least the majority of the season. Currently, the favourite to win Angie's affection's odds are set at a cool $1.15, almost 10 dollars lower than the person in second place. Given how indicative Sportsbet's odds have been of the winner each time, I recommend not seeking the odds out unless you have 100 per cent happy with having the winner (probably) spoiled ahead of time.

With all of these clues considered, all I can say is that I think the winner may just have struck the right chord with Angie. Time will tell!

TV
Michaela Coel Didn't Settle For Netflix's $1 Million Deal, 'Cause She Wanted to Own. Her. Work.
by Karenna Meredith 5 hours ago

Music
The Rumours Are True: The Umbrella Academy's Emmy Raver-Lampman Has an Amazing Singing Voice
by Grayson Gilcrease 8 hours ago