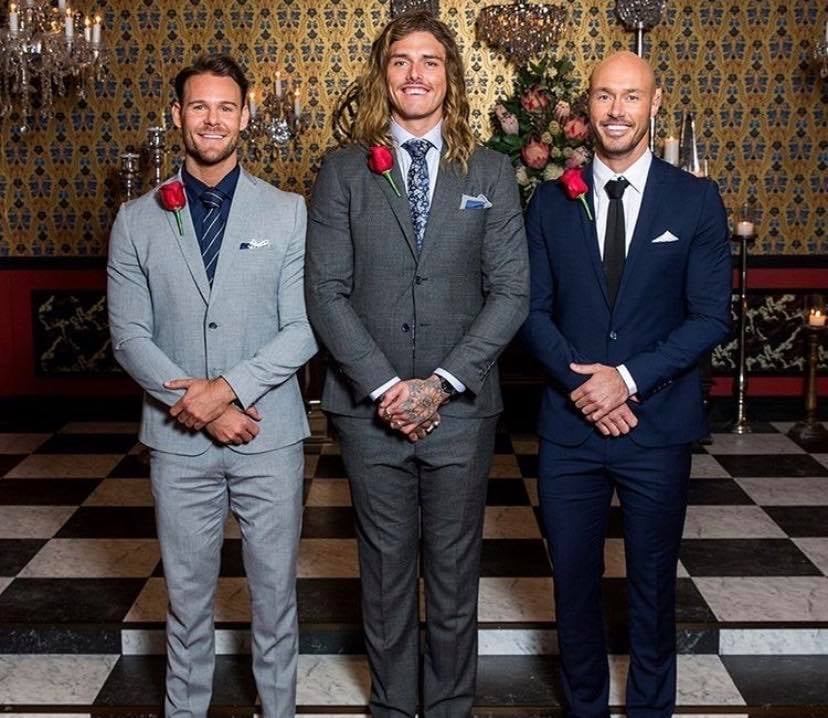 After four long weeks, the finale of this season of The Bachelorette is finally almost here. Although we are incredibly close to finding out which contestant captured Angie Kent's heart, that knowledge doesn't stop us Bachie tragics from obsessing over who exactly the lucky man may be, In order to help ease the suspense, we have compiled a list of the tell-tale signs that indicate who wins each season. While, as Nick Cummins' season taught us, nothing is guaranteed, these clues have all but confirmed the winner in the majority of previous seasons.

So, without further ago, here are the ways you can figure out this season's winner. . . before the episode has even begun to air.

The Colour of the Finalists' Suits

Each year, the last two men standing are decked out in a glorious suit for the moment they learn their fate. As much as their outfits have varied in style over the seasons, one thing has remained constant: the winner's ensemble is always a lighter colour than the runner up's. In season two, winner Lee Elliott's tux was slightly darker than runner-up Matty J's, and the same pattern ensued for the top two men in both Sophie Monk's and Ali Oetjen's seasons. Although this may seem like a minute detail, it seems like far too frequent of a pattern to chalk up to mere coincidence.

The Order of Dates From the Previous Episode

Of the last four seasons of The Bachelor that have produced a winner, the chosen lady's date in the penultimate episode has always aired the first of the three. That's right, Snezana, Alex, Laura and Chelsie's dates were each first up in the proceedings. While this pattern has been a little less consistent on The Bachelorette, with runner-up Todd being featured in the first date during Ali's season, it is certainly still a statistic worth taking note of.

The Position of the Contestants in the Top Three Photo

As clear in the picture below, Carlin is shown on the left of this official final three photo, while Timm and Ryan have been positioned to his left. Ever since the very first season of The Bachelorette back in 2015, every season that has followed has depicted the eventual winner on the left of the other two men. Although it's possible the powers behind Channel Ten's social media have tried to throw us eagle-eyed viewers off the scent this year by reversing the positions, well, we doubt they will want to mess with such a tried and true formula. Below, we present the positions of Angie's final three as they appear in the official photo. Make of it what you will, but this certainly seems like a huge hint that Carlin takes the whole thing out.